"Pokemon" is no doubt one of the biggest franchises in the world, starting from the Japanese comics and anime to movies both in Japan and even in Hollywood, as well as a series of games for Nintendo and smartphone devices. 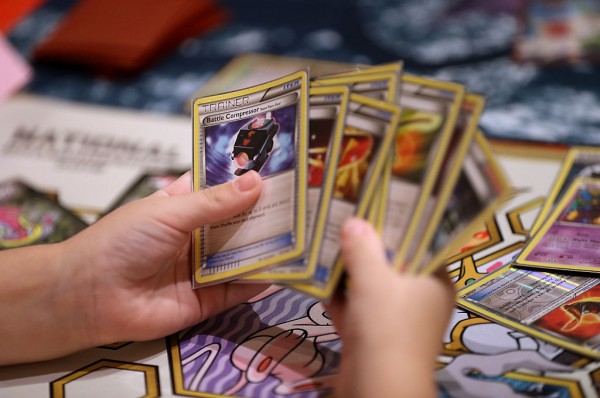 (Photo : Justin Sullivan / Getty)
A sealed box of First Edition Pokemon Trading Cards have been auctioned for a fortune.

The Value of Pokemon Trading Cards

Of course, there are tons of toys inspired by the adorable "Pokemon" monsters such as plushies, but the Pokemon Trading Cards might be among the most well-known, which was created in 1996.

Although Pokemon Trading Cards are still being printed to this day, the First Editions were often seen as a treasure, mostly because of their rarity, such as a Blastoise card that was only printed twice, meaning there are only two of these cards available anywhere in the world.

First editions of the Pokemon Trading Cards have become rather valuable over the years that some people are selling theirs for thousands of dollars.

And for the collectors who want to collect them all, they are well worth the price.

Sure enough, the rarer the card, the more expensive they can be, since the Blastoise card we've mentioned earlier was sold for a whopping $360,000, according to Polygon, while a rare Charizard card was also sold for $183,000 after rapper Logic won the bidding.

Read More: 64 Bits 32 Bits 16 Bits Meme: What is This Viral Trend All About and How Did It Start?

More Expensive Than a Ferrari

But when we think it all ends there, a record has been broken by a sealed box of First Edition "Pokemon" cards from 1999, which ended up selling for more than the price of a 2020 Ferrari Pista.

With that, it means that the sealed "Pokemon" box would have sold more than that, and since it broke records, it's more than the price of the Blastoise card.

So, how much did the box sell for?

According to Kotaku, the sealed box had been auctioned for a mind-boggling price of $408,000, and it's not surprising since according to the description, it contains one of the Charizard cards that many "Pokemon" card collectors are looking for.

A similar Charizard card was even sold for $350,000, so it wasn't surprising that the sealed box was sold for such a lot of money.

In the end, the buyer could sell the Charizard card alone and most likely bring back more than half of the fortune he spent on the cards, so it may actually be a great investment.

The sealed box of First Edition Pokemon Trading Cards was auctioned by Heritage Auctions, who even filmed the entire bidding, which took place virtually, due to the COVID-19 pandemic.

With the crazy amounts these cards have been selling, people are most likely looking around their homes for a possible First Edition "Pokemon" card, or even a complete set of these old cards, whether they contained rare cards or not.

Such was the case with a man from the United Kingdom who was able to sell his complete set of Pokemon Trading Cards for $44,000 back in July 2020, as per a previous report by Tech Times.

Related Article: 'Pokemon GO' Hoenn Collection: How to Complete It and Which Pokemon to Catch