Antifa Redirects to New White House Site: Does This Mean Anything? Plus There's a Secret for Coders

The United States has officially welcomed new President-elect Joe Biden, along with Vice President Kamala Harris this Wednesday, January 20, 2021, and along with their rise to the office is the launch of the new White House website, complete with a little secret for coders. 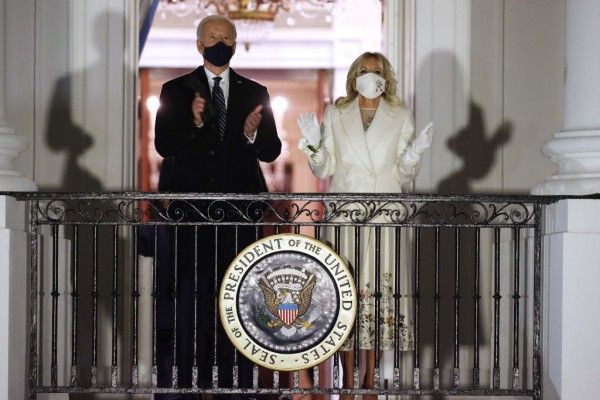 An Easter Egg for Coders

According to Protocol, coders can check out the government website's HTML code, where they can find a little Easter egg from the US Digital Service, the White House's very own tech team, saying, "If you're reading this, we need your help building back better," which then links to the team's website.

This is no coincidence as part of Biden's plan to help tackle the current health crisis is to allocate $200 million to the USDS in order for them to hire more personnel.

With the use of technology, the new administration hopes to advance their goals in providing better assistance to US citizens beyond COVID-19.

Furthermore, the Biden administration also wants to bring in more resources to the country's cybersecurity agencies as a response to the SolarWinds hacking incident that has left both private and public organizations vulnerable to hackers sponsored by Russia.

In related news, the antifa domain is redirecting to the new White House website under the new administration, so if you put antifa.com to your web browser, it would soon load the official White House page.

For those who don't know, the antifa is a loose network of the antifascist political movement in the United States.

With the redirection of the antifa domain to the White House website, does this mean the network is showcasing their support to the new President?

According to Mashable, it doesn't necessarily mean anything as anyone with any domain name can redirect their website to any other website they choose and they do not require any sort of connection, affiliation, or permission from the website owner they are redirecting to.

Nevertheless, this is not the first time the antifa domain has been connected to the new US President.

Does This Mean Anything?

Through the Internet Archive's Wayback Machine, people discovered that the domain was initially redirected to Biden's transition website, BuildBackBetter.gov earlier this month, then just mere moments after the inauguration of the new POTUS, the domain was redirected to the newly launched White House website.

Furthermore, it appears that the antifa domain has been following Biden for quite a while.

During the president's campaign in summer of 2020, the antifa domain was also redirecting people to Biden's official campaign website--but then again, this does not seem to mean anything

But this did not stop misinformation going around about antifa and the government.

Antifa is not an official group, nor does it have an official website, meaning there is no entity behind it as the word is simply a shortcut of the word antifascist.