Researchers from the Institut National de la Recherche Scientifique (INRS) has collaborated with French experts from the Institute of Chemistry and Processes for Energy, Environment and Health (ICPEES) which is CNRS-University of Strasbourg joint research lab to produce a recent study on Green Hydrogen made up of High performance Nano Materials. 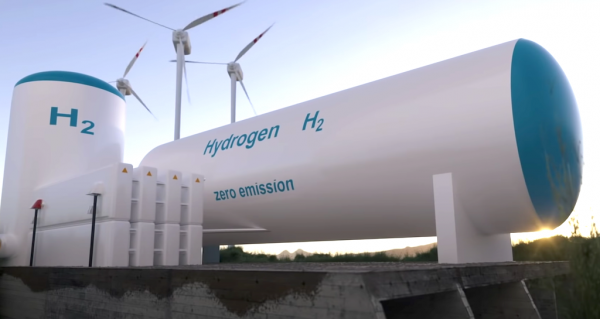 According to Phys Org, the international team has produced some sunlight-photosensitive-nanostructured electrodes from their study. The study was published in the journal of Solar Energy Materials and Solar Cells.

As Forbes reports, Green Hydrogen isn't a new term for many, it simply means creating energy from renewable resources instead of fossil fuels which are nonrenewable sources of energy. Hydrogen is a byproduct of water and has the capability to produce energy to power different industries such as manufacturing, construction, transportation, and many more.

Throughout the years, different countries aim towards working on a clean source of energy. That is why hydrogen is known amongst several countries in the Organization for Economic Co-operation and Development (OECD) as a potential element in order for the world to shift to a cleaner source towards decarbonized industries and organizations.

With the use of nanomaterials, a faster development towards use of hydropower energy has been more attainable. INRS Professor My Ali El Khakan from Quebec believes green hydrogen's place in the future's energy, as narrated in his interview with Phys Org.

"Thanks to high-performance nanomaterials, we can improve the efficiency of water dissociation to produce hydrogen. This "clean" fuel is becoming increasingly important for the decarbonisation of heavy-duty trucking and public transportation.", he said.

For example, buses using hydrogen as a fuel are already in operation in several European countries and in China. These buses emit water instead of greenhouse gases," he added.

Results of the Study on Photosensitive Nanostructured Electrodes

In the past, water transitions into hydropower through electrolysis. However, the problem comes with industrial electrolyzers as they can be energy-intensive and can be very costly.

The INRS and ICPEES research team was driven by photosynthesis. They used the process of specially built and regulated nanostructured electrodes that allow the splitting of water molecules when hit by the sun. This is already known to many experts as a process called photocatalysis.

TiO2 is known as a  semiconductor that can be photosensitive to UV-light. The researchers first changed the atomic composition of TiO2. Afterwards, they extended the photosensitivity to visible light. As a result, they absorbed about 50% of light coming from the sun.

Afterwards, they proceeded with nano decorating, which consists of distributing catalyst nanoparticles on the myriad network of TiO2 nanotubes in order to make them more capable of hydrogen production. They did this using the laser ablation deposition technique.

The study concluded that cobalt oxide (CoO), a material that is abundant is  effective in splitting water molecules. Because of this discovery, nanoparticles have increased their capability of providing green hydrogen. This great discovery is considered by researchers as a huge leap towards a carbon-free future.