The beans have been spilled following an accidental leak of a video game available for PS5 way ahead of its announcement. As reported through ComicBook, an official Taiwanese video game rating board has accidentally rated a PS5 version of an action adventure game "The Sinking City." The game was rated ahead of its possible announcement to be available for any next generation consoles such as PS5, Xbox Series X and Xbox series S consoles. 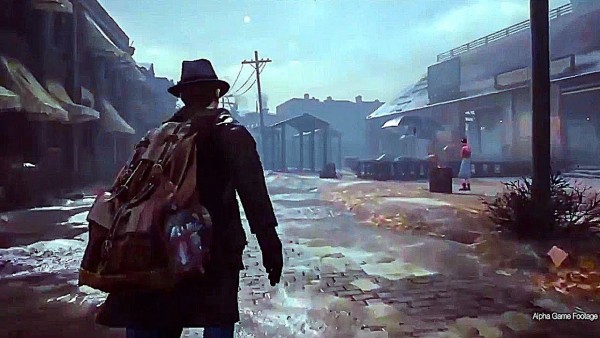 As of the time being, the game is supported by different consoles such as PS4, Xbox One, PC, and Nintendo switch. However, it has not arrived yet in next-gen consoles. If this game needs to be played in this newer consoles, it still has to undergo backward compatibility.

The game's fans are awaiting its release for next-gen consoles. However, according to Pushsquare, the game "The Sinking City" has went through legal battles that causes its slow progress with next generation consoles. However, this leak gives light on its possible release soon. The Taiwanese rating board has a track record and history of rating games that are way ahead of their announcement or release. Moreover, they do not rate games for specific consoles that will not be released afterwards. Thus, it is highly likely that the game "Sinking City" will be coming soon in the PS5 or the Xbox Series X and Xbox Series S consoles. Moreover, when an ESRB or PEGI rate game ahead of time, it usually is a good sign that the game will be released soon.

The game "The Sinking City"  is a horror fiction themed work authored by H.P Lovecraft and developed by Frogwares. It has a plot that revolves around a detective theme where private investigator and war veteran named Charles W. Reed looks for clues and meaning on the visions that haunt him. The open-world, third-person camera game moves deeper into the mystery of Oakmont's flooding.

No Updates Yet from 'The Sinking City' Developer

Even following the leak, "The Sinking City" developer Frogwares has not released a statement or commented on the alleged "leak" of this news. So far, the capacity of the game is only limited to the different consoles stated above. While it's definitely harmless to expect that this game will soon come in your PS5, Xbox Series X and Xbox series S consoles, don't put all your hopes up as things could happen anytime. Moreover, if it will ever launch, it may come this year or later. We will keep you posted on any updates from Frogwares regarding this capacity.

Related Article: PS5 and Xbox Series X Bundles Would Soon Be Offered by Retailers-Target, Kohls Restock Today: How to Buy!

this article is owned by Techtimes

ⓒ 2021 TECHTIMES.com All rights reserved. Do not reproduce without permission.
Tags: PS5 next-gen consoles Xbox One The Sinking City
Most Popular