CodeMiko presents one of the most unique and iconic streams and channels in Twitch, as she still faces the camera but presents a different persona with a virtual character using codes and tricks while streaming her content. However, recently, she saw consecutive temporary Twitch bans, with the third time happening last January 19, for reasons she admitted to having done. 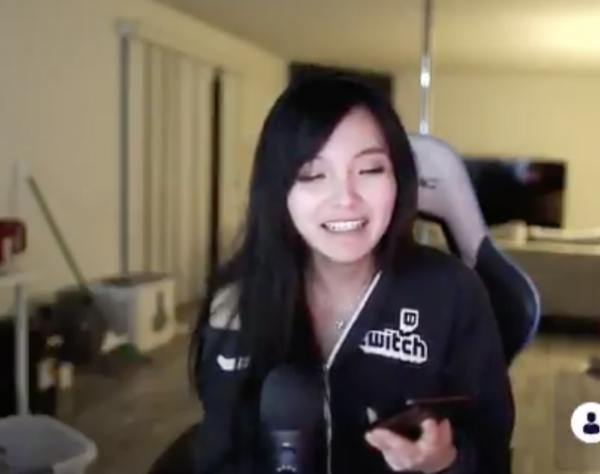 The popular game streaming platform under Amazon, Twitch. tv is notorious for banning and restricting its influencers from their content and media after doing some things that are against the company's policies and rules. Over the past, Twitch has cutoff popular and massive game streamers with a permanent ban from the platform, including the famous Dr DisRespect.

Now and then, gamers and other streamers get banned from the platform, but only suffer temporary bans from a little penalty of two weeks to several months, depending on the severity of the rule-breaking that transpired.

CodeMiko: Virtual Streamer Got Banned Due to Her 'Slip-Ups'

According to Dexerto, CodeMiko has admitted via an interview that the reason she got banned from Twitch last January 19 was because of her "slip-ups" while she was talking to a friend and fellow streamer, and "got lost in the moment." CodeMiko also regarded that it was not because of the word "simp" which Twitch previously banned to be mentioned among all its streamers and viewers.

Miko's upgrades are here. She's finally finished and ready to go live Tomorrow at 2PM PST. <3 If you like her new look let me know by giving me a like/retweet!#twitch #VR #vrchat #virtualstreamer #gamedev pic.twitter.com/F3cIuTAOcq

Moreover, the last stream CodeMiko got banned for talking about female harassment with a fellow streamer, in which she asked about the worst comment the other streamer has received. The virtual character streamer's engineer flashed the image screenshot of the harassment email, which Twitch flagged as a breach or violation of its terms of service in privacy.

While CodeMiko intended to display to people what kinds of harassment women are receiving online, it is still something that Twitch does not want in their platform or promoted in its content influencer's streams. The virtual streamer admitted that it was her fault and slip up which caused her ban, and is not blaming or hating on Twitch for the punishment.

CodeMiko Who is the Influencer and Return Stream Details

CodeMiko is a virtual character that uses content from people and fans, promoting an interactive stream whenever the influencer goes live. Currently, CodeMiko's ban extends up to two weeks, which would end by the beginning of February, starting last January 19.

The character is somewhat portraying virtual reality, showcasing her skills as a computer engineer and brilliant coder to turn her appearance from human to a complete virtual character that looks like it came from video games. The recent ban of CodeMiko is said to be her third, with the past year holding up two of her temporary bans.

According to CodeMiko, she is planning something elaborate with her return stream to Twitch, which ends after the period of her ban. The virtual streamer would incorporate better interactive elements and aspects in her streams, including a "game show" type of aspects that moves away from her traditional interview setup with guests.