Popular video game retailer GameStop has been making its rounds online after reportedly having its company stocks rising from about $40 to nearly $120 in just five days. As Time reports, just the past month, GameStop's stock has risen for about more than 300%. This head scratching story is making the video game retailer the center of attraction since monday. 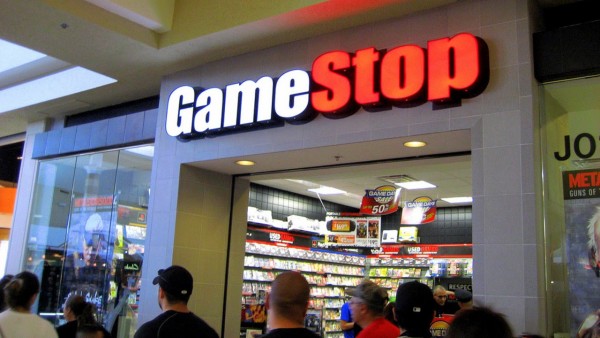 Small, hopeful investors are snapping up the shares of the video game retailer as compared to huge wealthy investors who can foresee a darker future for this circumstance.

Moreover, in the last three years, the company has a loss amounting to about $1.6 billion. For six years straight the stocks have been falling before a rebound in 2020. However, many investors are still betting on  its success due to the rise of online games and console popularity.

As Wall Street Journal notes, in a nutshell, there has been a sort of 'civil war' between two types of investors. The optimistic and the pessimistic, or rather the more realistic. The latter have not been receiving good responses lately. These investors have been putting big bets that GameStop's stocks will not recover anymore. One that went public was that of a short-seller Andrew Left of Citron Research. He said that estimating GameStop's sales and earnings alone, each stock is not worth more than $20 which he uploaded in a video channel that was later on deleted.

Moreover, he continued to assess that the shares would continue to do down the drain, having similar patterns that it had a few weeks, months, and years ago.

Andrew Left and others who shared the same instincts "shorted" the stock. This means that they borrowed the shares and then sold them to others with the hope that they can buy them back at a cheaper cost. Things have been disastrous so far among the investors.

He said in an interview via CBS News that many people have been threatening him and his family. Thus, the video had to be turned down. The problem seems to be more and more personal as the days go by. On Friday, Left said he would no longer comment on the issue as it could potentially do more harm than good for him.

A few weeks ago, Game Stop was at less than $18. Right after the company had named three new directors to their board, the stock increased. Among the newly appointed board members last January 11 is the co-founder of online pet-supply retailer Chewy. The idea was to salvage the company and help speed up its digital turnaround.

Meanwhile, some small time investors have been encouraging each other online to stay grounded on their hopes. The calamitous war between the two sides seems to be a battle of regular laymen versus Wall street lads. As mentioned earlier, the video uploaded by Left explaining how the stocks would continue to go down the drain was deleted right after.

GameStop Makes a Huge Come Back

After the announcement of the new board members, it took only about five days to surge the stocks by 51% in just a single day. It has been more than how much the company has increased in a span of over three years.

The brilliant rise pushed a few short sellers to urge out of their bets, which is done by buying offers of the stock. That pushed the peak even further. On Monday, the thrust and drag were so extraordinary that trading in GameStop's stock was incidentally stopped at least nine times due to volatility. It closed Monday at $76.79, after moving along the lines of $65.01 and $159.18 prior within the day.

One user via CBS News said "This is quite the experience for my first month in the stock market. Holding til infinity." Another user said "We're literally more powerful than the big firms right now." It was a definite reverse card for the other side of the game hiding in their mansions.

Edward Moya, senior market analyst at OANDA shared the same sentiments by saying "As someone who started trading stocks in the late 90s in college, I would always remember watching when the small retail trading groups would get crushed by hedge funds and savvy short-sellers. What happened with GameStop's stock is a reminder of how times are changing."

Indeed things have been messy and unpredictable for these traders, but sure enough they have learned something revolutionary in one way or another.