Anonymous Malaysia is back from its slumber! Security experts said that the government should take this seriously since it could lead to new sensitive data leaks. The famous malicious actors were inactive for more than six years. 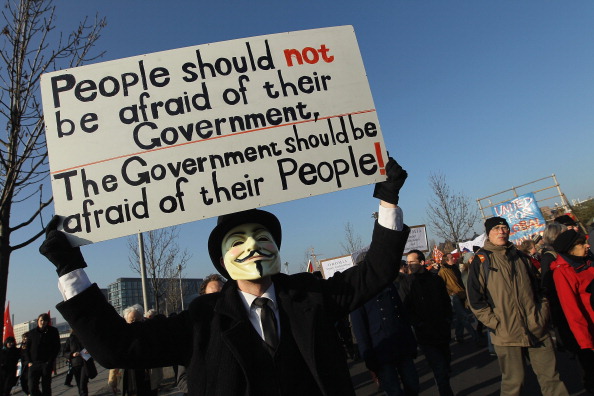 (Photo : Photo by Sean Gallup/Getty Images)
BERLIN, GERMANY - NOVEMBER 12: A man wearing an Anonymous mask joins demonstors protesting against the world financial system during a march on November 12, 2011 in Berlin, Germany. Inspired by the "Occupy Wall Street" protests in the USA, similar protests have been taking place across Germany, especially in Berlin and Frankfurt, for weeks.

According to The Star's latest report, the alleged Anonymous Malaysia hacking group claimed that it will initiate malicious attacks against the Malaysian government soon.

The hackers said added that their sudden appearance should be a wake-up call.

"They don't actively seek ways to grow their abilities, they're not curious about new horizons and they're unwilling to recognize and learn from their past mistakes," said Anonymous Malaysia via World of Buzz's latest report.

The hacking group said that the government's security system hasn't improved. They added its vulnerability could lead to a massive data leak, which could allow unwanted cybercriminals to sell the information. 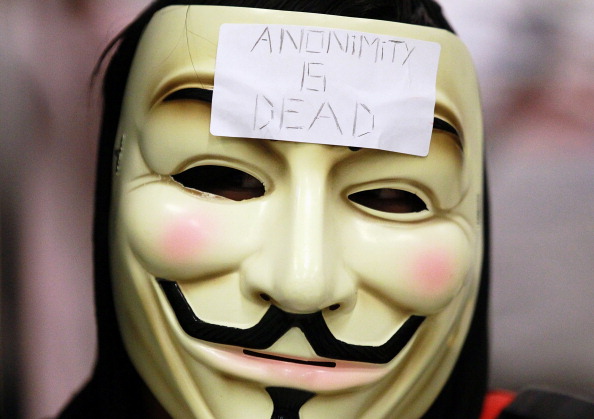 (Photo : Photo by Justin Sullivan/Getty Images)
SAN FRANCISCO, CA - AUGUST 15: A demonstrator wears a mask during a protest inside the Bay Area Rapid Transit (BART) Civic Center station on August 15, 2011 in San Francisco, California. The hacker group "Anonymous" staged a demonstration at a BART station this evening after BART officials turned off cell phne service in its stations last week during a disruptive protest following a fatal shooting of a man by BART police.

Kevin Reed, the chief information security officer at Acronis, explained that although the famous hacking group is unlikely to wage all-out Internet warfare, the cyber attackers could still make some online attacks.

"The most likely attacks from Anonymous, in this case, are a DDoS (Distributed Denial of Service) attack or leaking data accessed through a vulnerability in the network," said the security experts via The Star.

Hello, Malaysian.
This is a wake-up call for the government of Malaysia.
It's have been a long time that we are silent.
Be prepared.
We are legion, We do not Forgive, We do not Forget, Expect US!#OpsWakeUp21https://t.co/QfhQfZ7pSQ

Reed's security firm is a company that specializes in backup, security solutions, and disaster recovery. On the other hand, the security expert said that he still doesn't believe that the government websites need to make drastic changes in their security systems.

All they need to do is to make sure that there are a proper network and data flow monitoring.

What the government websites should do

Security researchers explained that government websites should also review critical or confidential data sources to ensure that sensitive information is properly encrypted and secured. Reed added that the Malaysian government should the Anonymous Malaysia's warning seriously.

Government agencies should also make extra efforts to prevent further opportunities for hackers to breach their security systems. These measures are currently important since the country previously suffered from multiple data leaks.

For more news updates about Anonymous Malaysia and other emerging hacking groups, always keep your tabs open here at TechTimes.