There are now several options for internet browsers available for every internet user, but Vivaldi has one trick up its sleeves: a two-level tab stack. 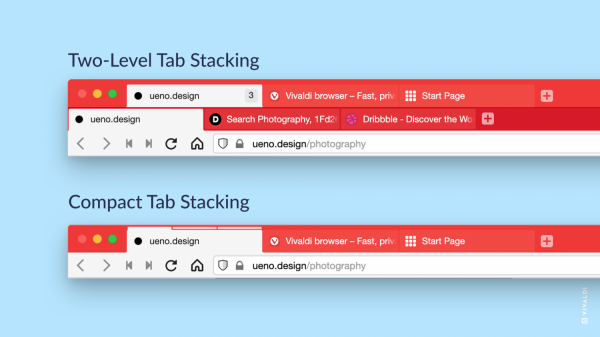 According to The Verge, the new feature should be available with the release of Vivaldi version 3.6 today, officially launching it for every user of the net browser after it was announced as an experiment in December 2020.

It seems like the experiment went well with those lucky few who were able to use the feature since it's now being released as an official part of the web browser.

To create a new level for your tabs, simply hold down the Command or Windows button, then choose whatever tabs you want to include on your new stack and right-click to select the "New Tab stack" option on the drop-down menu.

Another method is to drag and hold one tab over another.

How the New Feature Can Help

The newly created tab would be signified with a white outline, which you can click to show all the second-row tabs you've selected for it.

Users can rename the new stack and close every tab at once from the right-click drop-down menu.

This would be a great feature for those who multi-task since instead of opening a window to separate your work-related stuff to your YouTube or Netflix, you can simply add a new stack on your Vivaldi browser.

Vivaldi tabs can be placed on the sides or the bottom of the screens, so the new stack should follow those orientations as well.

The web browser does seem to have a great presence, although it's still not as big as Google Chrome, which is one of the leading web browsers in the world, but how is Vivaldi against the internet giant?

Slant has created a side by side comparison of the two web browsers, and despite the popularity and familiarity of people to Chrome, the website preferred Vivaldi and recommended it to their users.

When it comes to macOS browsers for Apple Macbooks, it appears that Vivaldi is on the fifth spot, ahead of Chrome, which is only in the tenth place.

This could be due to the features that Vivaldi has put in place for its users.

Vivaldi is a Chromium-based web browser, the same base as Chrome and several other web browsers, meaning it would be possible to run some Chrome extensions on Vivaldi.

Furthermore, the web browser is highly customizable and is filled with great features, but most of all, it seems to have better privacy features compared to other web browsers, such as Google Chrome, thanks to several privacy-enhancing tools that you can use while you're browsing.

New Vivaldi browser users may want to customize the browser first by going to Settings, then choosing Privacy, where they can find the tools and tweak it to their comfort.

The web browser does not block third-party cookies by default, but you can definitely do so.

While you browse, you may even check what cookies the browser is blocking as well as what cookies it had saved.

Related Article: Viral TikTok Video Highlights How Much Google Knows About You