Razer, the world leader in gaming equipment, continues its domination in the MMO mouse market with its latest entry in the Naga family, the Razer Naga X.

As the latest Naga MMO mouse for gamers, Razer Naga X maintains the series-signature programmable button grid - offering the tried and trusted advantage for hotkey settings and putting greater flexibility at their fingertips. 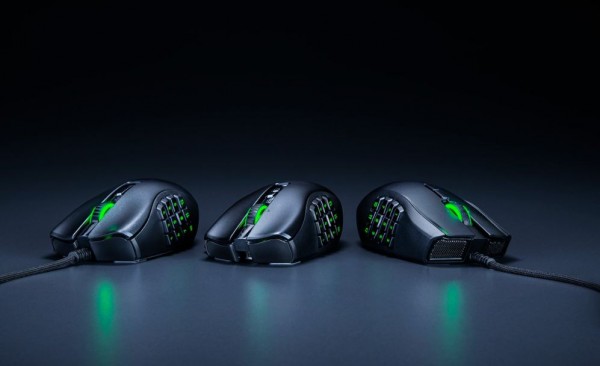 MADE to RAID: The Lightest Razer Naga Mouse to Date

"Whether you're a tank, healer or DPS, always be ready to raid with the Razer Naga X," the intro on its product website said. The ergonomic MMO gaming mouse is fitted with 16 programmable buttons, designed entirely to keep all of them easily accessible to the player. Using Razer Synapse 3 - Razer's one-stop-shop hardware configuration tool - to map their hotkeys and macros. Naga X is also compatible with the more advanced Razer Hypershift, allowing players to toggle between two hotkeys in a button - doubling all mapped inputs - that can be toggled with a simple press of the key. Lastly, Razer Synapse 3 allows players to save up to 4 gaming profiles - and key mapping layouts - either on the app's cloud storage or on the PC's local onboard storage for offline gaming.

Also, in its product website, Razer provides a sample layout of the Naga X when played with two of the largest massively multiplayer online (MMO) games for the PC: Blizzard's "World of Warcraft" and Square Enix's "Final Fantasy XIV." With its suggested hotkey layout, players can easily master their rotations and take the lead at any dungeon raids.

Additionally, Naga X is the lightest mouse in the Razer Naga series to date. Weighing only an impressive 85 grams, the new Razer entry is already weighing 30 percent less compared to its predecessor, the Razer Naga Trinity. With its lightweight build, every swipe and drag makes it faster and easier and is actually recommended for gamers who prefer the palm or claw frip while playing.

In terms of response time, the new MMO mouse has an industry-leading response time of 0.2ms. The mouse actuates its click through an infrared beam instead of the traditional mechanical contacts. This removes the debounce delays and virtually eliminated phantom clicks for the on the spot command and execution.

Marked by the neon green three-headed serpent icon, Razer has grown to be one of the most recognizable brands in the global gaming and esports communities. Since it was founded in 2005, the brand has built a global fanbase in virtually every continent. The gaming equipment manufacturer has offered hardware, software, services, and events that highlight the global gaming scene's best. It is currently headquartered in Irvine, California, in the United States, and in the global hub of Singapore, with seventeen more other offices worldwide.

Among its most popular product lines aside from the Razer Naga mouse series includes the Blade series of laptops and the Razer Huntsman keyboards. Software-wise, it has a platform of more than 100 million users, covering the IoT compatible Razer Synapse, the lighting controller for compatible hardware Chroma RGB, and the software optimizer Razer Cortex.

'World of Warcraft: Shadowlands': How to Upgrade Sanctum with the Best Possible Order—Guide

'Final Fantasy XIV' All Crafting and Gathering Jobs: How to Unlock Them Guide