Tesla has delivered one of its best performing electric vehicles and is currently the fastest EV in several lists, and it is not even the top of the line version of Plaid+ or the upcoming 2022 Tesla Roadster. The four-door full-sized sedan has already surpassed expectations and is creating wonders for the company because of its performance, so people wonders "what more if the 2022 Roadster comes?" 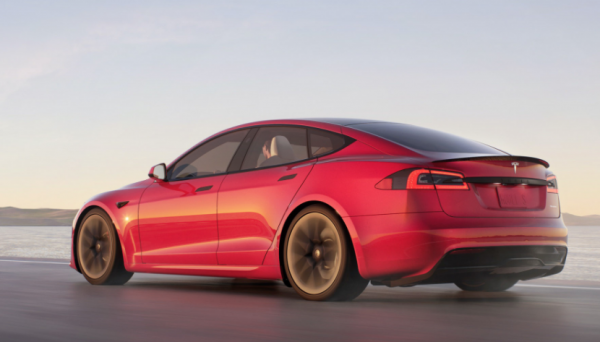 The electric vehicle manufacturer and clean energy company, Tesla, has surprisingly released a revamped and remodel of the Model S this 2021, coming after the Model Y and Model 3 redesign of the company. Now, Tesla is featuring a new architecture and platform for all its electric vehicles, which took a major turn of tweaks from the company's factory.

However, despite the new architecture of the Model S, it differs from the Model Y and Model 3 who share almost the same platform, with the Model S featuring the "Palladium" battery, featuring more range and performance.

According to Electrek, the less-than week-old electric vehicle of Tesla, Model S, with the Long Range, Plaid, and Plaid+ variants, have already outperformed and are faster than most gas-powered vehicles. Tesla is also the solo electric vehicle on the list, surpassing other electric vehicle brands and variants made by other companies in the industry.

Tesla Model S Plaid boasts a 0 to 60 mph of only 1.99 seconds, less than 2 seconds by only a fraction (0.1), and a top speed of 200 mph at an extensive range of 390 miles on a full battery charge. It defeats its predecessors, Tesla Model S P100D, and Tesla Model S Performance with Ludicrous Mode who averages at 2.3 to 2.5 seconds of 0 to 60 acceleration.

Tesla Model S Plaid: Plaid+ and Roadster Are Not Yet Considered

Indeed, the top-of-the-line variant of the Tesla Model S, the Plaid+ has not yet been categorized and brought alongside these vehicles. Tesla claims the Plaid+ to have less than 1.99 seconds of 0 to 60 capabilities, less than the Plaid variant, with a better range of more than 130+ miles (Plaid+ Range: 520+ miles; Plaid Range: 390 miles).

Additionally, the Tesla Roadster 2022 is coming, as revealed by Elon Musk, and optimistically, a prototype would be available this summer and begin its production later in the year or early 2022. The Roadster is a 2-door coupe that is focused on speed, performance, and sport, which is considered to go beyond the Model S Plaid.

The mid-variant Tesla Model S Plaid was unveiled last September, when the company's Battery Day 2020 is at full extent. The vehicle is almost half-a-year in creation, as it was unveiled towards the end of January and is expected to start distribution or availability during the first quarter of 2021, having a sure release date by March.