Popular franchise "Pokemon" is celebrating its 25th anniversary, and to help celebrate this momentous moment, it has teamed up with McDonald's wherein Pokemon Trading Cards are currently included in their Happy Meal boxes.

Nevertheless, the whole thing ended up with tons of disappointed "Pokemon" fans after scalpers have begun hoarding the cards in hopes of selling them online for ridiculous prices. 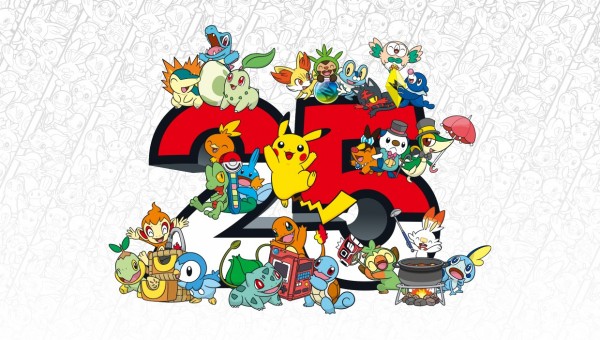 According to Kotaku, every McDonald's Happy Meal would include four random cards out of a 50-card set, which may include the rarest and most valuable ones, which are the Shiny versions.

The card sets will include 24 starter Pokemon and Pikachu available in standard and foil versions.

Based on the report, some of the McDonald's branches apparently offered the packs separately, but most have included them on Happy Meals and even changed the iconic red box into Pikachu's face, who's basically the franchise's mascot.

The number of orders per customer differs per branch.

For example, YouTube personality Blazendary Pokemon was only able to buy 20 Happy Meal orders from a branch since they had limited stocks, while another YouTuber, aDrive, was able to get the Happy Meal boxes only and the card packs.

Moreover, the latter was able to only order 20 boxes from one branch, while 80 at another.

Scalpers on the Move

Because of the values of said card, people, especially collectors and YouTube personalities, quickly bought Happy Meals left and right to collect the 25th anniversary "Pokemon" cards, but right behind them were scalpers, whose sole purpose for hoarding them is to offer them on online platforms such as eBay and gain an advantage of the demand.

In a report by IGN, the McDonald's "Pokemon" trading cards were up on eBay for as much as $1,500 for sealed boxes.

With that, disappointed consumers expressed their disappointment over social media, with many asking the massive fast-food chain to find a way to control their inventory for the "Pokemon" promo to avoid hoarding of even sealed boxes.

Many were asking McDonald's to implement a company-wide limit to prevent such things from happening.

@McDonalds @Pokemon I sure hope you do some form of inventory control for your promo Pokémon cards as some of your stock is being sold in sealed boxes which means they’re not even making it to your stores 😳 Though same thing happened with Tim Hortons Hockey too. Retail $1.99 😳 pic.twitter.com/kX8qZyRX2V

As it turns out, some were able to buy entire boxes from some branches, or even going to a specific location as soon as they open up to hoard the Happy Meals or card packages before anyone else could.

According to one disappointed Twitter user, the McDonald's southern Indiana branch his mother is working at had already limited purchase of the packs for only up to five orders per person.

Apparently, this was put in place after one person was able to buy 3 cases or up to 450 packs of the "Pokemon" cards in another branch, which was practically all they had, meaning legitimate consumers and fans were unable to have the chance to get theirs.

In the past months, the gaming industry was also battling scalpers who managed to hoard thousands of PlayStation 5 and Xbox Series X and Series S and selling them for thousands online, leaving legitimate consumers fighting to secure one from an already limited stock.