'Destiny 2' New Exotic Quest Presage: Completing 'The Voice on the Other Side' Part 1 and Part 2

"Destiny 2" is currently one of the most popular shooting games that offer role-play and massively multiplayer online game (MMO) elements. And now, Bungie, the game's developer, launched a new exotic quest called Presage, which caught data miners off guard since they thought the game would not have this new mission. 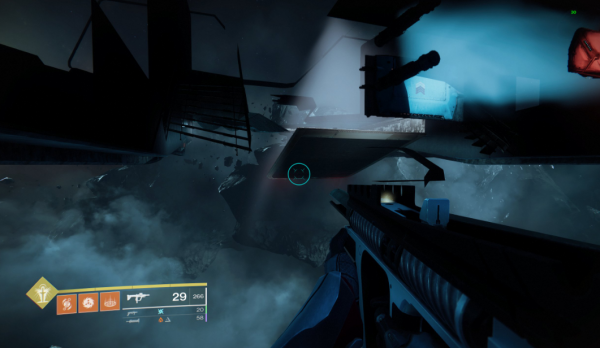 (Photo : Screenshot from Twitter post of @jiraichuu)
'Destiny 2' New Exotic Quest Presage Guide: How to Finish The Voice on the Other Side Mission

Hey @DestinyTheGame @BungieHelp @Cozmo23 ... I was trying to do the new Presage exotic mission, and i ended up clipping out of the map. No kill box or anything could run around the entire area without dying. Assuming this isnt as intended. pic.twitter.com/9jFXlHk8eV

The new exotic quest Presage is described as a Cabal ghost ship full of Scorn. Players will have to battle against the Scorn, which is an undead Fallen faction of terrorists led by Uldren Sov and a group of Barons under the command of Fikrul, the Fanatic, for them to get the latest Dead Man's Tale exotic rifle.

According to Forbes' latest report, the new mission and the latest scout rifle are great updates from Bungie since it made the game even more popular. The new weapon also attracted a lot of players. But, you need to discover a brand new mission before you can acquire it. Here's how you can complete The Voice on the Other side task.

The Voice on the Other Side part 1

VG 247 explained that you need to activate the datapad you acquired from the current Nightfall, The Arms Dealer. Doing this will provide you the Intercepted Distress Signal. After receiving the signal, you can either continue the Nightfall or leave it. 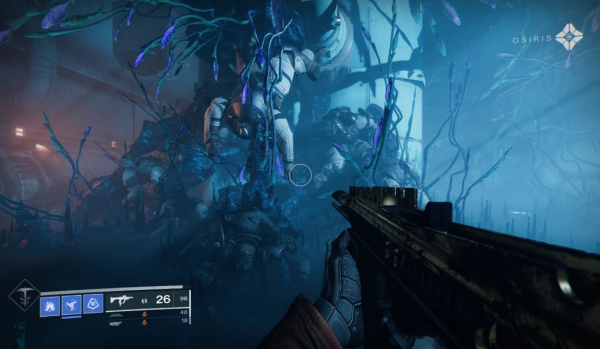 (Photo : Screenshot from Twitter post of @OrbitalShark)
'Destiny 2' New Exotic Quest Presage Guide: How to Finish The Voice on the Other Side Mission

Let's take a minute to appreciate the amazing work that has been put into the #Presage mission in @DestinyTheGame #Destiny2.

We NEED more like this. Please give us more 🙏🏻 pic.twitter.com/m6TOSzBFzy

You need to head back to the Tower and communicate to Zavala. Once you talked with Zavala, he will provide you the exotic quest, "The Voice on the Other Side." After you received it, you can now open your director and the Tangled Shore. Once you open both of them, you can now launch the new marker for the Exotic Quest Presage, located on the top left of the map.

The Voice on the Other Side part 2

On the other hand, you will eventually lose the newly acquired Deadman's Take exotic scout rifle. When that happens, it is highly suggested that players should not panic to avoid pressing any buttons. In this part 2 of The Voice on the Other Side, you need to go back to Zavala in the Tower so that you can reclaim that new weapon.

You can find him in the Tower, and he will eventually hand over the new exotic scout rifle. If you want to know more info about the current "Destiny 2" Exotic Quest Presage, click here.

For more news updates about "Destiny 2" and other survival shooting games, always keep your tabs open here at TechTimes.

Related Article: 'Destiny 2' Debuts The Deadman's Tale Exotic Scout Rifle Catalyst-Here's How to Get It!

ⓒ 2021 TECHTIMES.com All rights reserved. Do not reproduce without permission.
Tags: Destiny 2 New Exotic Quest Presage Completing Then Voice on the Other Side Part 1 Part 2
Most Popular