For the first time in the Earth's history, a "space hurricane" was spotted and spinning above the North Pole by scientists. Astronomers recently reported a long-lasting space hurricane in the polar ionosphere and magnetosphere during low solar and otherwise low geomagnetic activity. 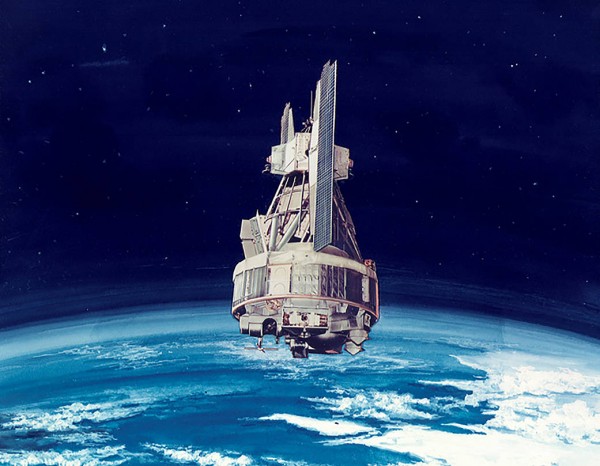 (Photo : Image Credit: NASA)
For the first time in the Earth’s history, a “space hurricane” was spotted and spinning above the North Pole by scientists. Astronomers recently reported a long-lasting space hurricane in the polar ionosphere and magnetosphere during low solar and otherwise low geomagnetic activity.

Newswise reports that the first observations of a space hurricane have been revealed in Earth's upper atmosphere, confirming its existence and shedding new light on the relationship between planets and space. Hurricanes in the Earth's lower atmosphere are typically known, but scientists have never before detected one on the upper atmosphere.

An international team of scientists led by Shandong University in China analyzed observations made by the satellites in 2014 to reveal a long-lasting space hurricane, resembling those in the lower atmosphere, in the polar ionosphere and magnetosphere with surprisingly large energy and momentum deposition despite otherwise extremely quiet geomagnetic conditions.

Professor Qing-He Zhang, lead author of the research at Shandong University, stated that these features also indicate that the space hurricane leads to large and rapid deposition of energy and flux into the polar ionosphere during an otherwise extremely quiet geometric condition, suggesting that current geomagnetic activity indicators do not correctly represent the dramatic activity within space hurricanes, which are located further poleward than geomagnetic index observations.

This cyclone-like auroral spot is also associated with: a spot-like strong upward field-aligned Current (FAC), zero horizontal flow near its center (the hurricane eye) as well as strong flow shears around the edges, ion upflows, enhanced electron temperature (about 1000 K enhancement), electron inverted-V acceleration to above ten keV, and large and rapid deposition of energy.

The detailed observations and simulation results suggest that the magnetic reconnection will steadily occur at the high altitude lobe region for an extended period during a several-hour period of stable northward IMF and very low solar wind density and speed, as Tech Explorist reports.

Professor Mike Lockwood, space scientists at the University of Reading, stated that it was uncertain that space plasma hurricanes ever existed until now.

Lockwood theorizes that the space hurricane was created by large unusual and rapid solar wind energy transfer and charged particles in the Earth's upper atmosphere. The professor added that plasma and magnetic fields in planets' atmosphere exist throughout the universe, and findings suggest space hurricanes should be a widespread phenomenon.

Lockwood also stated that the space hurricane phenomena highlight the importance of improving space weather monitoring, which can disrupt GPS systems. Besides, according to the study, the fact that the space hurricane occurred during a period of low geomagnetic activity suggests they could be more relatively common within our solar system and beyond (USA Today).