"Fortnite" fans have been craving for another action, especially the Nintendo Switch players who are now waiting for the Switch Cup 3 to commence. The event will feature two new cosmetics that they can acquire upon successfully accomplishing the upcoming tournament.

It's only a matter of days before the event kicks off so it is important that you should first know about its format, scoring, and rules so you can have a shot to claim another collection of your character skins. 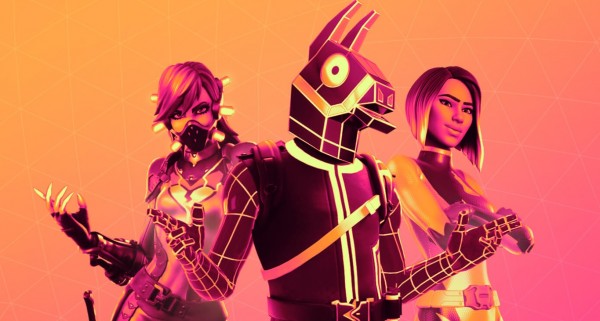 According to the official website of Epic Games' "Fortnite," the Switch Cup 3 is now fast-approaching the game. Days from now until March 9, gamers who are playing on their Nintendo Switch console will have a chance to win the new cosmetics of the tournament.

The soon-to-come attires, Quantic Pulsar Back Bling, and the Cyprus Nell Outfit will be the most coveted prizes of the event. Now, understanding how the tournament works will be important for the aspiring winners so pay attention to these details. Regardless of your region, you can join the cup, but it is only exclusive to the Switch platform.

How Does the Switch Cup 3 Format work?

For the event, there will be a tournament that can only be played for one round. This will last for three hours, and players are allowed to join for 10 matches, the maximum number that they are permitted to join within the given time period.

After the event, the regional winners will be determined and they will receive the Quantic Pulsar Back Bling and the Cyprus Nell Outfit.

If you fail to win the new cosmetics, you can instead acquire Impasto Wrap reward but you should first collect eight points. The rewards will vary depending on the points that each player earns, so you should carefully plan your strategy ahead of the competition.

What You Should Know About Switch Cup 3 Rules?

For this part, the competition will be for solo players. There will be some restrictions for this competition and those who are level 30 and above in their Epic account will be allowed to join. Players should also enable their 2FA.

If you do not know how to enable it, log in to your account, and follow the guidelines on the Fortnite 2FA page. The time of the event will depend on your local region, so make sure that you are regularly checking out the details of the tournament here.

For the event's scoring system, get to know the following point-systems and their corresponding ranks.

Make sure to check the start time for your region in-game or using the schedule below and good luck to all the trios. pic.twitter.com/NoxhE8A6Ud

In a post by Fortnite Competitive on Twitter, the Chapter 2 Season 5 Semi-Finals of the "Fortnite" Championship Series (FNCS) will start this upcoming Saturday, March 6.

The commencement of the semi-finals depends on the user's region, so make sure to check the page for the start of the event in your location.