Smart home speakers are not the ordinary speakers that you use at home. They can now use voice commands so users can have the flexibility to control them through audio. Since there are many smart home speakers in the market, we will only compare the two specific Google speakers: the Google Nest Mini and the Google Home Mini.

The two speakers are both related to each other because the Nest Mini is the previous version of the Home Mini. They are also more economical when it comes to price, so we decide to choose these two so users can buy and select the better smart home speakers with reasonable value. 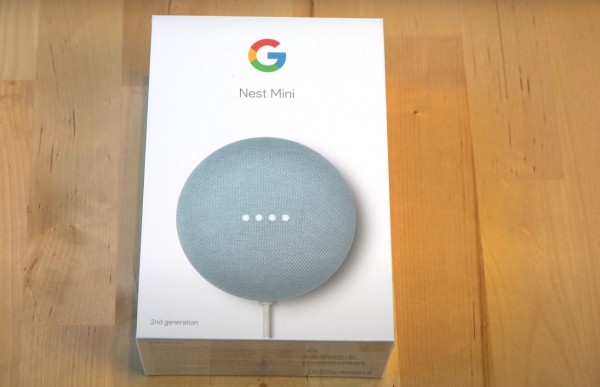 When it comes to their appearance, the noticeable feature of the Google Home Mini is its donut shape. In addition, its small disk is made out of fabric, while its three LED dots are used to perform certain functions like listening and other activities.

On the other hand, the Google Nest Mini borrows a similar design to its successor. Besides its fabric layer, it is also made out of recycled plastic. It also boasts its LED lights which indicated that the Google Assistant is on.

The difference between them in design is the wall mount, and several features are added to the new version.

The two Google speakers share the same price at $49, which means that they are one of the most inexpensive smart home devices compared to other speakers.

If you want to buy the old version, you can still find it in some retailers. Both smart home speakers can give you a low discount of $30, so you can save a lot of money.

Read Also: After Christmas Sale: Get Google Nest Mini, Beats Studio and Other Gadgets for Half the Price at Target

According to Pocket-Lint, the second generation speaker, Google Nest Mini is the smallest speaker in the line-up. Both the Nest Mini and Home Mini use Google Assistant for ease of command. They can also be connected through devices like smartphones.

Using Google Assistant in these speakers will do a lot of work for the users. They can check your important emails, and they can also set up an appointment. In addition, you can also access streaming services so you can listen to music.

However, since the Nest Mini is the newer version, it could now sport the Bluetooth 5 support so you can go outside even only using a smartphone. You can also connect them to Chrome-cast TV so you can play videos from YouTube.

They both have similar controls and access to Google Assistant. They also share the same size and materials, but Nest Mini's other components consist of recycled materials.

The availability of colors such as sky, coral, chalk, and charcoal are the same between the two. They can also use the microphone for voice commands.

The most underlying difference between the two is the factory reset method. The Home Mini features a small reset button that can be held by the user for 10 seconds to reset it.

On the other hand, the Nest Mini requires turning off the mic by pressing the center of the speaker. You can do this for 10 seconds to reset the device.

The newly-improved speaker also features a much richer audio output and it has ultrasound sensing technology. Apart from that, the Nest Mini has an option where you can play and pause the music, while the Home Mini does not have that feature.

If you want a much better smart home speaker, go for Google Nest Mini since it is the improved version of the Google Home Mini. If you want some nostalgia while using a speaker, there is no problem in buying the older model. It is still up to the users what to buy for their comfort and preference.

This comparison is from Make Use Of.