A potential cure for blindness may be on the way, and this time, it would not require a scanner or camera that would bring the waves to a brain cell for the person to perceive the objects seen. Scientists and researchers have tried a new approach, and this time it is through retinal implants that would create an artificial vision for the blind human eye.

The technology is one of a kind, especially as several innovations in the past have focused on wearable gadgets and equipment like headgears, eyeglasses with a built-in camera, and brain chips to alter sight. While this may still require an operation to embed the eye with a retinal implant, it would be less life-threatening compared to open brain surgeries.

The retinal implants would include 10,500 electrodes that would be hardwired in a person's retina and directly send the brain the information that it needs to create the artificial vision for blind people. It would still require glasses with a built-in camera, but it would almost replicate human vision for people who have not seen anything their entire life. 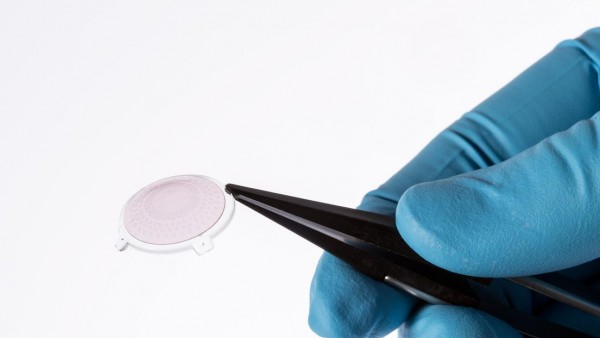 According to école polytechnique fédérale de Lausanne (EPFL) Researchers from Switzerland, research about retinal implants for the eyes has created a breakthrough as per the team's discovery. Here, the scientists would be using retinal implants to connect brain activity in perceiving the images in the camera as synapses.

In application, this could create various images and activities be artificially seen by the blind person, thus contributing to giving "artificial vision" without the expense of major surgeries that requires brain implants. The technology aims to help the more than 32 million people in the world that suffers from blindness and losing one's sense of sight.

The study is entitled "Photovoltaic retinal prosthesis restores high-resolution responses to single-pixel stimulation in blind retinas" and was recently published in Nature Communications. According to Diego Ghezzi, EPFL's Medtronic Chair in Neuroengineering and co-author of the study, this would help address the poor retinal implants that are developed in the current era.

Helping the Blind See with Implants and Glasses

While there are no innovations or technology yet to create the actual "cure for blindness" these alternatives and retinal implants are the next-best options for people to gain a sense of sight. Indeed, blindness is a struggle and an impairment that suffers the loss of eyesight, one of the most important senses in the world.

Potentially, the glasses and retinal implants would help in creating different pixels of images as seen by the camera, and give the user an approximation that is close to the source material. Artificial vision would be one of the best options in restoring eyesight, as the technology to curing blindness is still far from reality.