Tesla is brewing something behind the scenes and Texas, being the center of the business, is the target proponent of the new technology that is speculated to be a 100MW Energy Storage Facility. The company is partnered up with Gambit Energy Storage for this venture, and the latter is the one installing the project in the present construction.

The popular electric vehicle manufacturer and clean energy company are looking into another secret project for its new base of operations, and it is to answer the massive Winter Outage that occurred in the past months. Texas was struck by one of the worst winters it has experienced, with Musk and Tesla being front liners to supply power.

The Tesla Solar Roof has been a massive help to users that switched to it before the winter season of 2020 to 2021, and have been fortunate to keep electricity at all times, powering heating and basic needs. It seems that Tesla's 100MW energy storage facilities would power the homes of local Texans, and the company is aiming to turn the state into a self-sufficient one.

According to a listing on Angleton, Texas by Gambit Energy Storage LLC, a 100MW energy storage facility is beginning its construction to soon power a significant number of houses and establishments. Gambit was tasked by Tesla for this project, but the initiative and technology belong to the clean energy company.

Initial views of the project show storage boxes, but have no Tesla Solar Roof above them, suggesting that it would be gathering energy from other sources apart from the power of the Sun. The company also aims to power a massive number of establishments on Angleton, with a total of 20,000 houses for the specific venture.

The project would call the powerboxes "Megapack" and it would hold power and electricity within them, storing it and making it available to nearby locations as needed due to emergency and the like. Currently, Tesla is only building on Angleton with the 100MW energy storage facility, but this venture is potentially beneficial for places that often suffer from power outages all year round.

Tesla is in for the Power Business 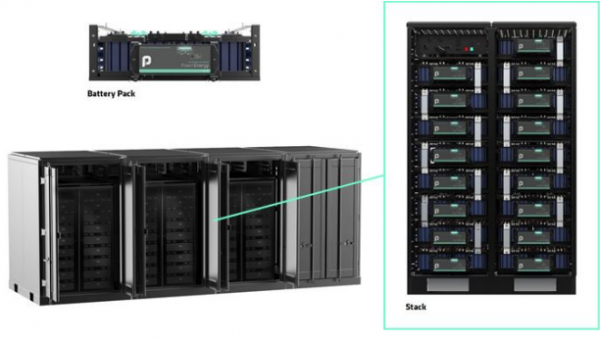 According to Bloomberg, Tesla is looking into joining the power business, among the many other industries it is under and supplies with its technological innovations. Gambit Energy Storage is also listed as a subsidiary by the company, and it is a massive indication that the clean energy company is aiming for a new line of focus.

However, significantly, Tesla is already in the power business because of its Tesla Solar Roof, Powerwall, and other smart home offers for the general public, as products from the company. The new site in Angleton would begin operations as soon as it finishes production, and that is speculated to be during midyear, June.

Related Article: Elon Musk: Tesla EVs Not Connecting to Starlink Internet Due to Massive Network-Only for Aircraft, and MORE