A man from Canada revealed the dangers of connecting to a public WiFi, showing viewers what a hacker can see when gaining access to your computer via a video he uploaded on TikTok. 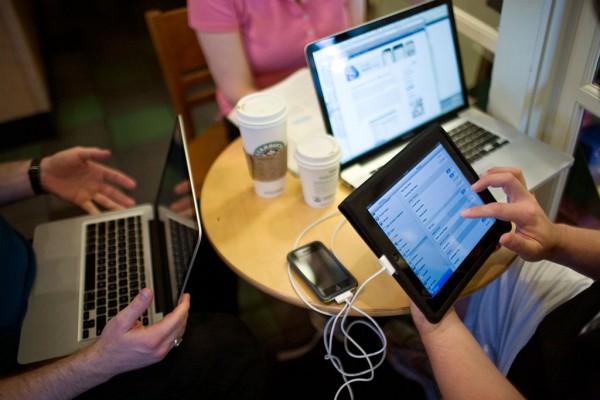 (Photo : Photo by Tom Pennington/Getty Images)
A new iPad owner syncs the device with his laptop computer while visiting a Starbucks Coffee location.

TikTok user Matthew Linkert, who goes under the handle @mattlinkert__, has made a video demonstrating how a hacker can remotely break into someone's computer.

In the video, Linkert had set up a fake access point to make it look like free WiFi from the popular coffeehouse chain Starbucks and used his iPad to log in to the made-up WiFi.

He showed how, from his computer, he retrieved his iPad's internal IP addresses as well as the email address and password he used to login into the fake Starbucks WiFi.

Linkert continued by demonstrating how a hacker can set up pages to "prompt downloads or even enter phone numbers."

He warned that any unsuspecting users who clicked the made-up download button could potentially install a virus that gives the hacker complete access to a computer without the user's knowledge.

Browsing secured websites is also compromised when a hacker gains access to your computer, with Linkert demonstrating how secured sites or URLs start with an HTTPS, switches to a non-secure site, and allows hackers to see "everything you're doing." 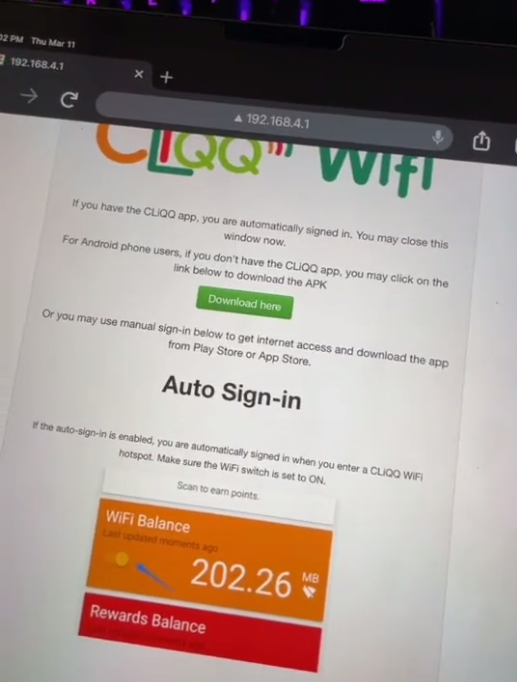 (Photo : Screengrab from TikTok/mattlinkert_)
A fake page that tricks unsuspecting users to install RAT on their computers.

Linkert showed in another video, which was divided into two parts, how hackers use a now-defunct Remote Access Trojan (RAT) called "Orcus" to gain almost full access to someone's computer.

After warning users that his video that it is for "educational purposes only," and reminded them that he does not condone hacking, he proceeded to run Orcus and showed viewers how powerful the software could be.

The program is not available for download anymore, and Linkert warned in a later video that no one must try to look for the software at all.

Linkert recommended the use of a Virtual Private Network (VPN) to keep users safe when accessing public WiFis while reminding his viewers to be extra careful when connecting to these public networks.

Norton, a California-based digital security company, describes a VPN as a "secure tunnel" that makes all data coming back and forth a device over a WiFi connection encrypted and hence secure.

In their blog post, Norton recommends making it a habit to use a VPN before connecting to the internet for an added layer of protection.

Such protection includes masking someone's IP address, location, and search history for privacy, as well as protecting one's personal information while it is being sent over the network.

They added that the use of VPN could provide users access to region-blocked services, avoid censorship on countries with geographical restrictions, and benefit from cheaper long-distance telephone charges.

VPN use also brings potential drawbacks, such as slower internet access and the possibility of encountering difficulties in its setup.