A retinal scan is usually intended to see the pattern in a retina of a person. Its uses mainly involve identifying a person, a technique that is used by some agencies, including NASA and CIA.

In the medical field, the method is widely known for detecting certain infectious diseases like STDs (sexually transmitted diseases), chickenpox, and even leukemia, and other hereditary conditions that impact the human eye.

This time, a scientist from Hong Kong unveiled the same technology through Artificial Intelligence and machine learning that can now be utilized to detect premature autism among children as young as six years old.

What Has Hong Kong Scientist Developed? 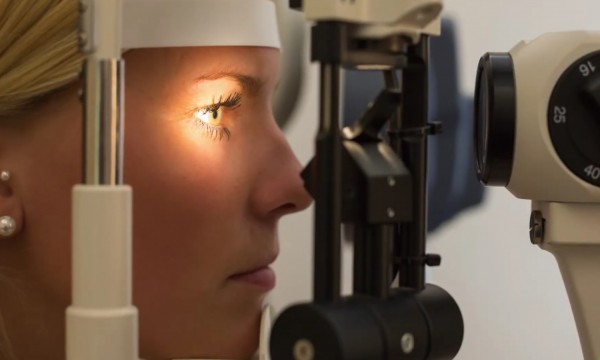 In a report by Reuters, the scientist named Benny Zee is the one behind this discovery. Zee, who works at a Chinese University as a Hong Kong professor, stated that retinal scan technology has really helped for the early identification of a child's autism.

Furthermore, Zee said that there is a bigger chance of success to venture an advanced intervention while the children are still growing.

The technique relies on computer software that is incorporated with a high-end camera. The program will run a series of interpretations about the eye's blood vessels and fiber layers.

The Hong Kong expert added that the technology aids in the fast identification of the underlying condition. This means that the earlier the autism is detected, the earlier the patient would receive immediate action and solution provided by the program.

The Trials and its Participants

During the trials, a total of 70 participants from the ages between seven and 20 underwent the test using the retinal scan technology, and among them, 46 were detected to have autism. There were 24 control participants without autism spectrum disorder (ASD).

For Zee, the tool that he created was helpful in determining who will likely acquire autism later on.

Meanwhile, the accuracy of the technology to detect autism is 95.7%. In the trial, the children tested have an average age of 13.

The wonder of the technology has even reached the specialists of the said condition. They acknowledged the findings brought by Zee.

It would help remove the stigma of hesitance among parents about their children who could adopt autism at a young age based on the signs.

"Many times, parents will initially be in denial," Dr. Caleb Knight said. He owns a private center which specializes in autism therapy. Knight added that it would also help the parents of the children to refrain from denying their children's condition. This, in fact, will lead to the treatment that a child needs for the condition.

In an interview with Reuters, Zee said that the retinal scan technology paved a convenient way for healthcare experts to evaluate their autistic patients better, especially the children.

According to the Hong Kong government's statement via email, it will take around 80 weeks for children with autism to set an appointment with an autism specialist.

To access the findings of Zee in his study entitled "A machine learning approach for retinal images analysis as an objective screening method for children with autism spectrum disorder," click the medical journal EClinicalMedicine.