Russian scientists dropped the one of world's largest underwater space telescope into Lake Baikal, the deepest lake in the world. The experts conducted their latest experiment on Saturday, Mar. 13. 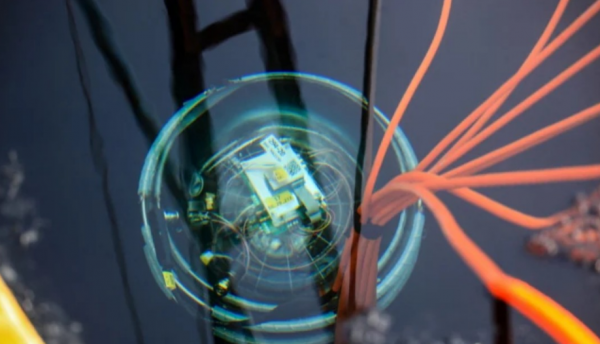 (Photo : Screenshot from Twitter post of @evriWorks)
Russian Experts Drops World's Largest Space Telescope Into the Deepest Lake-- What is Down There?

According to France 24's latest report, the huge underwater telescope was developed way back in 2015. This gadget is specifically designed to observe the smallest particles called neutrinos.

However, the Russian researchers didn't confirm what they saw below Lake Baikal as their main goal is to study the elusive subatomic particles that are extremely difficult to find. The scientists explained that the tiny particles are hard to spot since they usually pass right through matter without leaving a trace.

Here are the features of the big underwater space telescope that is helping researchers observe neutrinos to give you more idea.

Features of the massive underwater telescope

One of the world's largest underwater space telescope is called Baikal-GVD, which is short for Baikal Gigaton Volume Detector. It is a neutrino telescope that measures half a cubic kilometer. Unlike other telescopes, it has a spherical shape covered with wires. 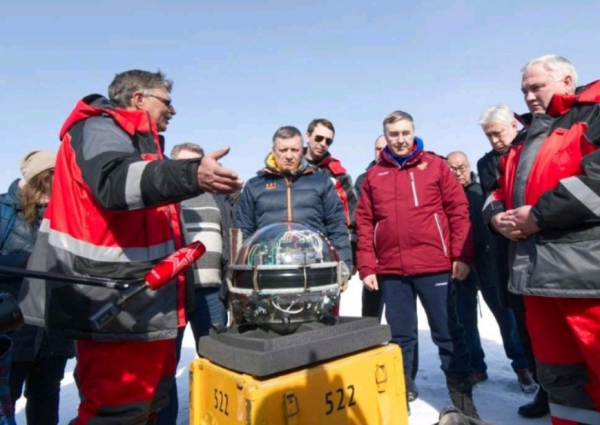 (Photo : Screenshot from Twitter post of @chimran55)
Russian Experts Drops World's Largest Space Telescope Into the Deepest Lake-- What is Down There?

A #Russia deploys giant #Space #telescope in #LakeBaikal#Russian #scientists on Saturday launched one of the world's biggest #underwater #Space #telescopes to peer deep into the #universe from the pristine waters of #Lake #Baikal pic.twitter.com/lqYF8ylOhN

It was able to reach a depth of 750 to 1,300 meters or 2,500 to 4,300 feet. This distance is around four kilometers from the lake's shore. According to Gizmodo's latest report, this telescope looks like a crystal ball, with circuitry visible through the clear glass sphere.

The Russian experts explained that it has the ability to detect neutrinos about a third-mile away in any direction.

Dmitry Naumov, a scientist of the Joint Institute for Nuclear Research, claimed that they would further improve the huge telescope's capability in the future. He said that they would make efforts to double its scope.

"Of course, Lake Baikal is the only lake where you can deploy a neutrino telescope because of its depth," Bair Shoibonov, another researcher of the Joint Institute for Nuclear Research, via Gizmodo.

"Fresh water is also important, water clarity too. And the fact that there is ice cover for two, two and a half months is also very important," he added.

Why studying neutrinos is important

Experts said that neutrinos are hard to find since they can easily slice through most objects and other matter. You can compare it with slicing a melted butter.

However, the researchers said that they sometimes leave evidence when passing through water.

On the other hand, they explained that it is important to study the behavior and other characteristics of neutrinos since they can help various experts understand why there is more matter than antimatter. If you want to know more details, all you need to do is click here.

For more news updates about the one of the world's largest underwater space telescope and its upcoming experiments, always keep your tabs open here at TechTimes.

Related Article: This Photog Spends 12 Years Capturing Milky, Thanks to a Legendary Lens! How to Do It Using Smartphone