Amazon will be releasing its latest smart home masterpiece, the third-gen Echo Show 10, which comes with a newly-improved security feature, the kill switch. The company also brags its high-end processors, high-quality cameras, and clear-sound audio to replace the previous model. 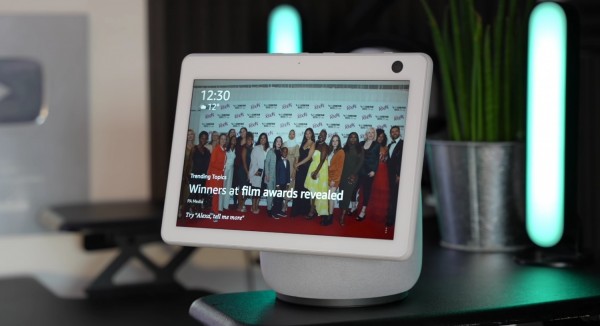 Lifehacker Australia reported that the new Echo Show is the enhanced version of the past smart device models. Moreover, its features will not be overlooked anymore as its overall improvement is evident in every part that is enhanced to make it more appealing to the public.

It is expected that the Amazon Echo Show 10 will be released on Mar. 30. At the moment, the device can be pre-ordered through the official shopping site of the Seattle-quartered tech giant.

If you want to know more about this new model, you should first need to know how it differs from its predecessors. Here are the key features of the third-gen smart home device.

Read Also: Amazon, Google, and Apple to Pay Wikipedia For Their Published Contents in the Future

From its 110 degrees angular view, you can never go wrong in choosing Amazon Echo Show 10. It also boasts its 10.1-inch HD display, which comes with an impressive 13 MP camera for a smart home device.

Furthermore, the Echo Show 10 is perfect for "moving" video calls, like when a user is in an online meeting while walking. This makes this smart home device one of the most suitable devices for this kind of communication since its design will support you everywhere you go while keeping your image stable and at the center every time.

When it comes to its security features, the kill switch will help the user detach the camera and the microphone simultaneously through a short press. It also comes with a sliding shutter for the camera.

Like any other Amazon smart home product, its digital assistant, Alexa, will be your virtual friend while using it. You can idly give a voice command to Echo Show 10 if you want to access platforms like Spotify, Prime Video, and Netflix.

Under the hood, Amazon Echo Show 10 relies on its MediaTek 8183 processor. It comes with a powerful octa-core CPU together with four Cortex-A53 cores that could operate up to 2GHz, The Verge reported.

Besides, the Amazon AZ1 Neural Edge processor is also added. It is a module made out of silicon, which is a useful addition to hasten the ability of Alexa in responding to commands and questions by 1/100 milliseconds per answer.

The module is made possible thanks to one of the leading Tawainese semiconductor companies, MediaTek. The neural speech recognition of Amazon's new devices now became Echo Show's trademark.

For its audio quality, the Echo Show 10 boasts its 2.1 system, which goes with dual one-inch tweeters and a three-inch woofer.

How Much is Amazon Echo Show 10?

Related Article: Amazon Echo Calling Feature Has No Way To Block Unwanted Calls: Here's How You Can Regain Your Privacy