Non-fungible Tokens (NFT) are a massive thing now, and its trend has popular TikToker called "Doggface208" selling the original copy of his trending post that shows Longboarding along the highway. Doggface's TikTok video is one of the most iconic from 2020, featuring the hit song from Fleetwood Mac called "Dreams." 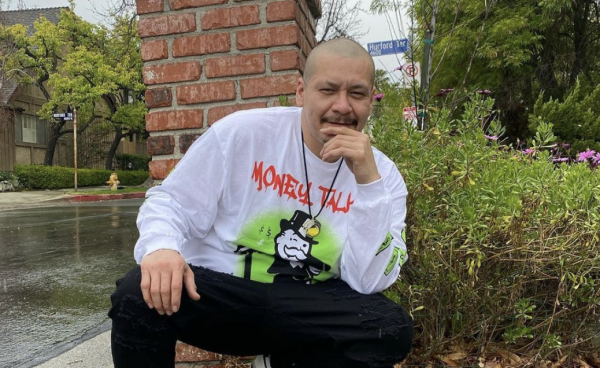 The combination of store-bought cranberry juice, a longboard, Fleetwood Mac's "Dreams," and a TikTok account has been one of the most popular trends of 2020, with people doing the "Dreams Challenge." Now, that same iconic video and its original shot is listed as an NFT by "Doggface208" and has a massive starting bid of $500,000.

NFTs are becoming more popular nowadays, but it would not be known to the public (and be as big as it is now) if it were not for Tesla and SpaceX CEO Elon Musk, that initially debuted his NFT music video. Musk was supposed to sell the NFT video for thousands of dollars but the CEO backed away when initial offers were bid by users.

Doggface208 TikTok Longboarding Video is Now an NFT with a Catch

An NFT is something valuable, original, and should have meaning so people would take interest in it on the platform, and receive bids as onlookers want to grab possession of that object. NFTs can be anything, as long as it is available on the digital media and can be downloaded only via the internet or computers, unlike physical artworks.

According to a report by TMZ on Thursday, March 18, Nathan Apodaca (Doggface208 on TikTok) debuted his work on an NFT marketplace where the video is now on sale for a starting bid of $500,000. However, there is one major catch with this sale, and it removes Fleetwood Mac's "Dreams" background song, along with a blurred-out Ocean Spray logo.

TMZ said that this would essentially be a video of a man looking at the camera while skateboarding, and the entire essence of the TikTok video that made it popular would be gone. Apodaca does not have the right to sell the video with the music with it, as copyright laws may press charges against him, along with Fleetwood Mac's members.

The video by Nathan Apodaca on TikTok would be on sale starting in a few hours, Friday, Mar. 19 on the NFT selling platform called "Rarible." The platform is also known for hosting several bids and sales of NFTs, which has been one of the most popular online media that highlights the original works of artists of this generation.

Popular CEOs like Tesla's Elon Musk and Twitter's Jack Dorsey have participated and jumped on the NFT craze which boomed during the start of the year. NFTs can be traded with the popular cryptocurrency "Bitcoin" or with other NFTs of the same value. The world is only being introduced to NFTs, but it surely is catching up to the public.