Tesla is near to start its electric pickup production to bring the world its most awaited EV, the Tesla Cybertruck, which has been rumored by the company over the years, finally confirming its existence in 2019. However, the company's promise of delivering the Cybertruck has been postponed for a long time, almost having two years delay for its first delivery.

One of the most popular electric vehicle manufacturing and clean energy company, Tesla, has already acquired its "last key" which would be an essential need for the production of the long-awaited Cybertruck. Fans and enthusiasts are always pressuring Elon Musk into revealing when the company would roll out the electric pickup on social media.

The Cybertruck is one of the most awaited vehicles in Tesla's lineup, particularly as it is the only EV that has not yet been released, apart from the Roadster 2.0 and the Tesla Semi truck. Moreover, the car is also a futuristic-looking pickup that went away from the regular look of EVs and pickups of the generation. The Cybertruck would now be a soon-to-release model. 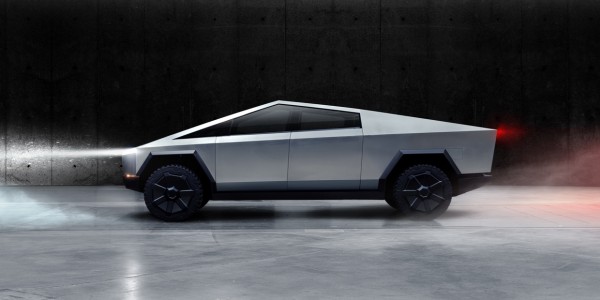 Instead of the regular pressing and assembly that is used by the company to produce the body, chassis, and assembly of its electric vehicles, Tesla would be using an 8,000-ton Casting Machine to produce the Cybertruck. According to Electrek on Friday, March 19, a company called "Idra" has announced that it has shipped out its 8,000-ton machine for a "global manufacturer for new energy vehicles."

Idra's General Manager, Riccardo Ferrario, has revealed the latest Casting Machine but has not directly unveiled that Tesla was the buyer and user of the technology, through the company's press release. The machine would be used to produce the Cybertruck, making the body casting of the vehicle, which is the biggest in the world.

The last biggest machine was the Casting Machine for Model Y, which was 6,000-ton equipment from Idra as well, but it is now replaced by the 8,000-ton one, which is meant for Tesla's electric pickup. It seems that Tesla is putting everything they have and all of their abilities into creating the Cybertruck, one which has been long-awaited by the world.

Currently, there are no announcements from Tesla regarding its Cybertruck production, and when it would begin for the company. Moreover, the company has not yet confirmed that it was the recipient of the casting machine from Idra, but the high likelihood of it rests on the Palo Alto company, headed by CEO Elon Musk.

On the other hand, the arrival of the die casting machine is a massive step for Tesla, as the Cybertruck is finally coming to production, soon joining rivals Rivian R1T, GM's Hummer Pickup, and Lordstown Motors. Now, Tesla could catch up to the world, and bring the company's latest innovation for the world, which should have been the earliest electric pickup that was unveiled.