Samsung Galaxy S21 Ultra 100x Zoom Trick: Capturing HD Moon Photo Without Tripod-- How to Do It in Other Phones

Samsung Galaxy S21 Ultra offers a lot of advanced camera features that allow the users to capture HD photos of subjects that are very far away. One of these is the 100x zoom that allows smartphone owners to take photos of the moon. 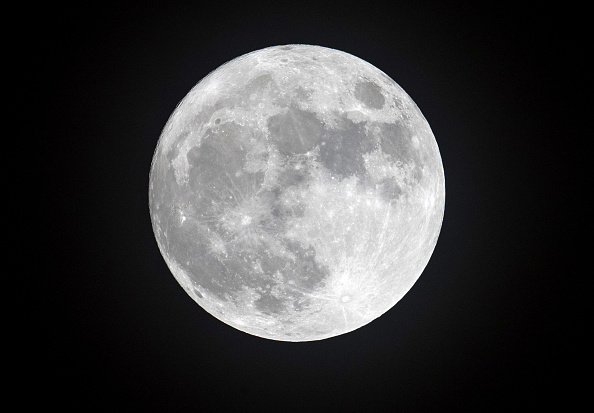 (Photo : Photo by Matt Cardy/Getty Images)
Clouds clear to allow a view of the final full moon of the year, a so-called 'Cold Moon', as it appears behind lights illuminating Penzance seafront on December 13, 2016 in Cornwall, England. The last full moon of the year was also the final supermoon of 2016. The natural phenomenon occurs when the perigee (closest approach by the Moon to Earth) coincides with it being full (completely illuminated by the Sun).

Now, a YouTube video revealed that you could also capture high-definition images of the moon without using tripods and other device holders. All you need is your Galaxy S21 Ultra and the proper knowledge to use its camera-pro feature.

The YouTube channel CREATOR STUDIO posted a simple video guide on how to capture an HD moon photo without using a tripod. The viral footage was able to generate more than 12,000 views and 20 comments.

Some of the YT users in the comment section even claimed that they could capture various subjects, including the moon, without using the 100x zoom.

Although the YouTube video does not have anyone talking to provide the tutorial, it does come with texts that viewers can easily follow. Moreover, the video only revealed a simple way to capture an HD photo of the moon. 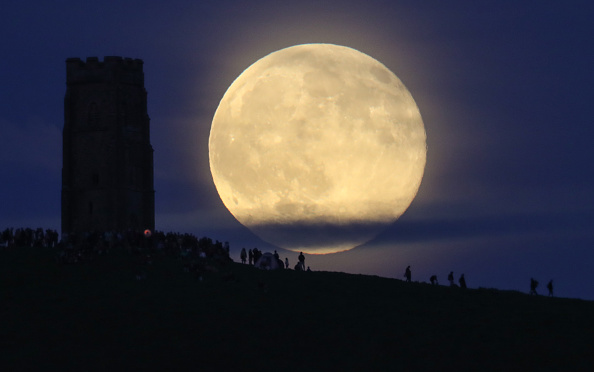 (Photo : Photo by Matt Cardy/Getty Images)
A full moon rises behind Glastonbury Tor as people gather to celebrate the summer solstice on June 20, 2016 in Somerset, England. Tonight's strawberry moon, a name given to the full moon in June by Native Americans because it marks the beginning of strawberry picking season, last occurred on the solstice on June 22, 1967 and it will not happen again on the summer solstice for another 46 years until June 21, 2062.

Also Read: Your iPhone is Vulnerable to Hijacking Calls and Texts; These Secret Codes Could Help You Avoid Them

All you need to do is activate the video or photo stabilizer of your device and slowly go up to the 100x zoom. After that, just click the white button to take your photos.

Samsung's official website provided a guide on how you can activate Galaxy S21 Ultra's Super Steady feature. To do enable it, all you need to do is follow these exact steps:

Can you do this on other smartphones?

Right now, only Samsung Galaxy offers the 100x zoom. However, you can still do this on other smartphones with the help of device accessories such as a smartphone zoom lens and tripod. On the other hand, your device's pro mode will also allow you to adjust the ISO, Aperture, and Shutter Speed so that you can take night photos that have the moon and stars in them.

For more news updates about Samsung and other smartphones, always keep your tabs open here at TechTimes.

Related Article: Samsung Confirms Galaxy Note Will Not Happen This Year - Chip Shortage Found Out to be The Reason