Mr. Beast's $100K 'Finger on the App 2:' Users Complain Several Bugs, Refunds on the Way -- How to Join this Challenge?

Mr. Beast is known for giving a huge amount of money to different people that he does not know. For instance, he previously offered $100,000 to random people to quit their job.

His latest gimmick involves his very own "Finger on the App 2" challenge where his fans could have a chance to pocket a prize pool of $100,000. The game will filter the best players who have the best finger skills using their smartphones. At the moment, there is a reported bug that happened, and several users commented about this issue.

Beast's 'Finger on the App 2': What Users Said About the Game Bug? 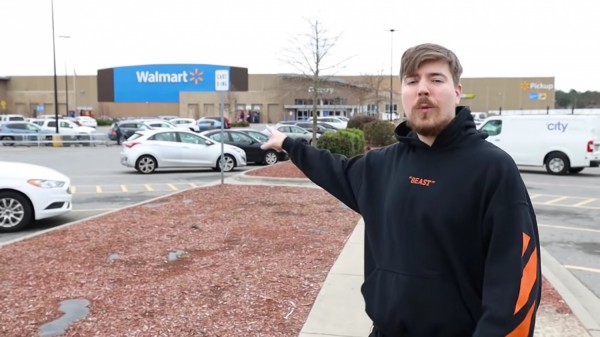 In a report by Game Rant on Sunday, March 21, from connectivity issues to being kicked out of the game, users seemed to muse with the idea that Mr. Beast's app was glitchy at the time.

Many problems were raised via Twitter, and now and then, they just keep on coming. Some did not even know what happened on their screen before they lost the challenge.

The Reason Behind the Sudden Bug

i really thought i was gonna pull all nighters on this one and eventually win $100,000. but i guess not🤡 worst part is my finger WAS on the app, but still got kicked out, WHY?!🥲 #fingerontheapp2 pic.twitter.com/7SjIrQLtEF

Around thousands of players out of 1.2 million participants have already been removed by Mr. Beast based on his previous tweets. This was because the surge in the number of participating persons was seen to be the problem.

It could be due to the "Finger on the App 2" team's unpreparedness for the influx of the people, and they are shocked with the idea of how to handle their game servers' capacity.

However, Mr. Beast acknowledged the problem and issued an apology for this glitch. He said that he will now offer refunds for those users who have spent extra lives.

99% of games went smoothly, the devs are finding that most of the few people that had issues were due to poor connection or they accidentally touched with a second finger. Still investigating and I’m genuinely sorry if there was a real glitch, we had 1.5 mil players and

The problems were commonly the screen glitch where users accidentally touch it using the second finger and the issue on connectivity. In light of that, Mr. Beast said that he will address the problem for his fans.

Giving away a million-dollar worth of money is Mr. Beast's way to express his love to his fans. The competitiveness of the game became even more intense when the fans learned that they could win a $100,000 prize. It may be a huge amount of money, but this was not the highest prize that he revealed as of writing.

This is the second "Finger on the App" challenge since June 2020, where the first prize was only $25,000. The first competition lasted for 70 hours. The second version of his challenge began in December last year.

We may see another batch of challenges in line with this game after several glitches are fixed. In the future, we could tell that the prize in this game will only keep on increasing.

How to Join Mr. Beast's 'Finger on the App 2' Challenge?

According to Variety, if you want to join the "Finger on the App 2" competition, you first need to be a citizen in the US, Canada, and Mexico. However, those who reside in Quebec are not allowed to join.

For iOS users, click this link for more details. If you are an Android user, proceed here.

Related Article: Mr. Beast Gaming's 2022 'League of Legends' Team: How to Know If You're Qualified