Everyone knows about the massive Tesla Bitcoin purchase by Elon Musk right at the start of this year, marking one of the largest investments of the company in the online cryptocurrency up to date. What people do not know is that this was because of a series of exchanges from the tweets from one CEO to another, particularly with MicroStrategy's Michael Saylor. Or so he claimed. 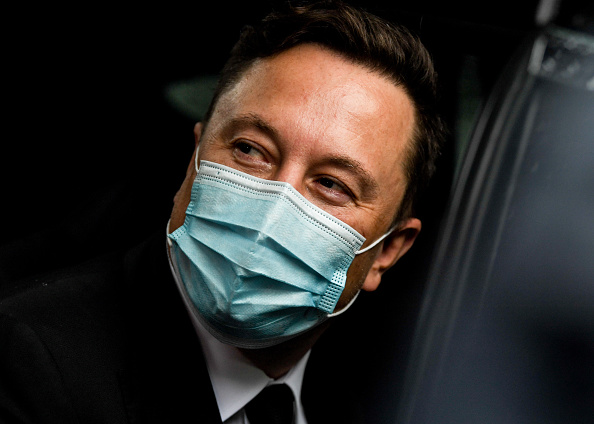 (Photo : Photo by Filip Singer-Pool/Getty Images)
Tesla and SpaceX CEO Elon Musk leaves the Westhafen Event & Convention Center after attending the CDU/CSU faction meeting on September 2, 2020 in Berlin, Germany. Germany. Musk is currently in Germany where he met with vaccine maker CureVac, with which Tesla has a cooperation to build devices for producing RNA vaccines, yesterday. Today, he is rumoured to also be visiting the site of the new Gigafactory under construction near Berlin.

It seems like purchasing a Bitcoin is not as easy as convincing one person to buy this and, especially as this is one of the largest cryptocurrencies in the world and dealing with it requires a great deal of money. However, in Tesla's case, the company may have been on the verge of exchanging the Bitcoin but were second-guessing it, only waiting for the right push.

The right push came in the form of Michael Saylor who is from MicroStrategy and serves as the company's Chief Executive Officer (CEO), same as Elon Musk to Tesla, SpaceX, and the like. The public talk happened last December, and nothing was established on Twitter's platform, and there were no reports that suggested both CEOs met.

Are such large transactions even possible?

The massive news came during the stock market frenzy of GameStop and AMC Theaters that are experiencing massive heights, as they use Reddit's r/WallStreetBets to boost their company assets.

The entry of 2021 also debuted a massive leap from Tesla, and it was to purchase Bitcoins by divesting company assets and investing them in the cryptocurrency.

According to a recent interview with TIME Magazine, Microstrategy CEO Michael Saylor claimed that Tesla's massive Bitcoin purchase earlier this year was because of his suggestion to Elon Musk via Twitter.

Saylor claims full responsibility, primarily because he has been going around and convincing CEOs and other corporations to also take part in Bitcoin investment.

Michael Saylor is a massive advocate for cryptocurrency and Bitcoin, particularly as his company, MicroStrategy, has also invested in online money and has reportedly gained with its transactions. Furthermore, Saylor and his company are envisioning that Bitcoin would soon grow larger, bringing a massive rise among the company stocks.

The beginning of the conversation between both CEOs Michael Saylor and Elon Musk started because of a tweet that the Tesla CEO posted, and it is an inappropriate one that represents Bitcoin temptations.

Because of that single tweet, the conversation between the two birthed to a casual discussion of Bitcoin investment and the rest is history.