"Magic: Legends" has recently been released to the public on Tuesday, March 23, and is now on its early open beta for the game, which is intended to be tested out and played by gamers who enjoy the genre of an action role-playing game with magic. Moreover, the game is available via the Epic Games Store and is listed as a free-to-play game which is a massive plus for the game. 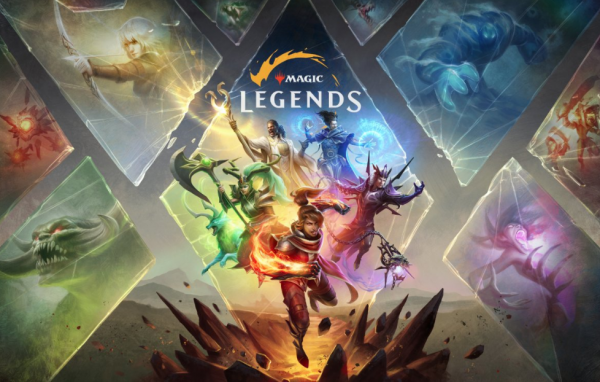 A card game from the 1990s has set its foot to become a massive virtual game now, initially designed by Richard Garfield and was initially called "Magic: The Gathering" under the magic series. The game was originally a strategy card game that went side-by-side with YuGi-Oh and has since transitioned to the computer realm in the 21st century.

Magic: Legends PC Open Beta is NOW LIVE! 🎉https://t.co/t5hrILlvDl
Step into the Magic Multiverse and become a Planeswalker. Sling powerful spells, and control the chaos of the battlefield in our f2p Online ARPG—in Open Beta on Arc Games and the Epic Games Store.#MagicLegends pic.twitter.com/MbijQ0iaq9


Earlier last month, "Magic: Legends" was spotted on its first look and initial announcements, along with the revelation that it would be available via the Epic Games Store platform for its initial beta testing for the public. The game is widely available for many players, and the open beta's parameters were not exactly clear on what it would mostly restrict.

Betas are known to be the "trial" version of any software or game, and its beta could either be in the game's development and content, or the title's ability to hold players in servers and the like. According to the Epic Games Store, there are a lot of freebies for gamers as they try out the game during its open beta, which is massive offers.

'Magic: Legends' What to Expect

According to Rock Paper Shotgun, the game is an excellent dive in the Magic: The Gathering card strategy game which has brought the popular characters that are well-loved by many in its physical card iterations. What is more impressive on this is that it dives heavily into "deckbuilding" which is a unique feature of the game alongside its main genre.

While deckbuilding, people would have a chance to play the characters and the story is an action RPG mode, making the game more understandable and complex compared to other card games or strategies out there. As a wizard in this RPG, players can customize their deck so that they could cast the ultimate spell to obliterate all encountered creatures and sinister forces.

The game can be downloaded and tried via the Epic Games Store, and players would not have to worry about paying for it as the game is offered by its makers and developers for free. Moreover, the "Planeswalker" Starter Pack is available for all open beta users that would download the game and create an account now, until Tuesday, Apr. 6 (two weeks from now).

The Planeswalker offers a unique skin, ranged costume set, and several boosts that are needed by the summoner as they play "Magic: Legends" for an enhanced gaming experience.