Non-Fungible Token (NFT) has taken the world by storm in the latest craze from the digital world, and now, the humanoid social robot Sophia has is the latest to auction its work in the form of NFT. 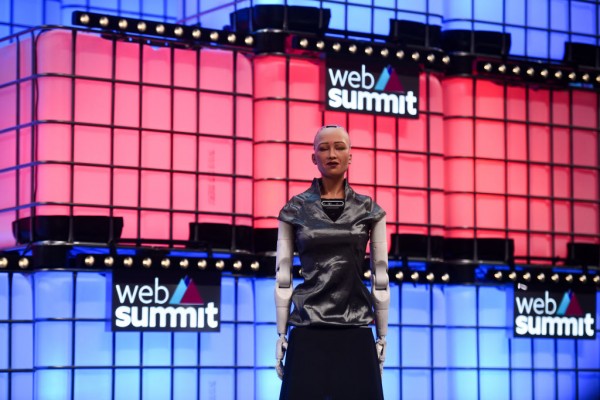 According to a report by Reuters, the robot was able to auction its 12-second MP4 file artwork this Thursday, Mar. 25, for $688,888 in NFT form at Nifty Gateway.

Based on the report, Sophia was working with Italian digital artist Andrea Bonaceto, who is well-known for creating colorful portraits of well-known people, including SpaceX and Tesla founder and billionaire Elon Musk, who was also recently in the news for trying to sell his own NFT-themed song as an NFT.

Through Sophia's collaboration with Bonaceto, the humanoid social robot created its own artwork entitled "Sophia Instantiation."

Read Also: Reasons Why You Should Use Manufacturing Robots in Your Plant

As with most of Bonaceto's work, Sophia's art is a self-portrait that combines the former's art history and previous works as well as the robot's own physical paintings and drawings on multiple surfaces that have been processed by its creator David Hanson.

Hanson, who works at Hanson Robotics based in Hong Kong, described the work as "iterative loops of evolution."

The 12-second MP4 file shows the evolution of Bonaceto's work to Sophia's with the humanoid robot's own physical artwork.

"I'm so excited about people's response to new technologies like robotics ... and am so glad to be part of these creativities," the robot said during her interview with Reuters, who even donned on a sparkling silver dress.

So, who is the buyer of the digital artwork?

Unfortunately, the buyer has not been named, but based on what Hanson said, it seemed like many were interested in getting Sophia's NFT.

"I was kind of astonished to see how fast it shot up too as the bidding war took place at the end of the auction," Sophia's creator said, further describing everything as "exhilarating" and "stunning."

What is NFT, and Who is Sophia?

For those still confused about the whole NFT deal, the BBC has explained it rather well.

Basically, a non-fungible token is something incredibly unique that it could not be interchanged with anything, so NFTs has become a "one-of-a-kind" asset in the digital world that can be bought or sold but has no tangible form and is considered as digital certificates of ownership.

Meanwhile, Sophia, the humanoid robot, was turned on in 2016 by Hanson from Hanson Robotics and has since garnered enough attention for being incredibly unique and exceptionally creepy.

Sophia is the first of her kind, and what sets her aside from other robots is her ability to communicate like a real person.

Furthermore, the robot was also previously given Saudi Arabian citizenship in 2017, as per Business Insider, in a bizarre turn of events.

Sophia is the first robot to achieve this feat.

But perhaps what many people remember Sophia by is her once terrifying promise that she would "destroy humans," during its launch in 2016, as noted by Mirror, but later said she wants to live among humans peacefully.