Boston Dynamics has built its reputation as one of the leading robotics design companies since 1992. Over the past years, it has constructed a lot of technologies that involve special robots that could dance and even jump - actions similar to what humans usually do.

At the time, the company will open its company to other people. The 60 Minutes team of CBS has managed to access the Massachusetts workshop after years of trying. Let's take a look at the workshop. 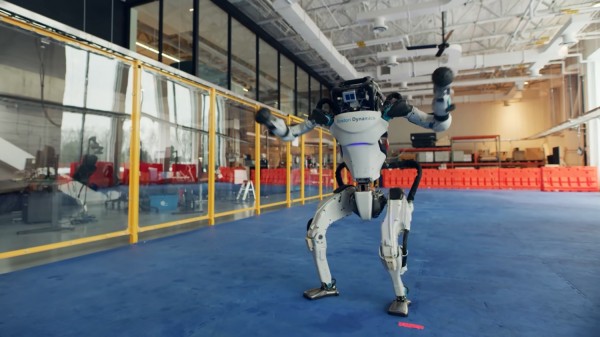 Through the video posted on CBS' 60 Minutes on its website, Anderson Cooper showed what it felt to be in the workshop while conversing with the founder of Boston Dynamics, Marc Raibert.

For Boston Dynamics chairman, Raibert, failure is just a natural part when developing a technological product. Raibert also noted his motto with his team: "Build it, break it, fix it."

This only meant that regardless of the trials that they have experienced previously with their robots like Spot, Handle, and Atlas, the company remained happy to impart their videos for the public to see.

Previously, Raibert and his team had constructed high-tech robots that could dance like humans. Their performance was synced with the music. According to the team, it took them eight months to finalize everything - from their development to the execution of the robots.

Moreover, since Hyundai bought Boston Dynamics from SoftBank for a $1 billion deal last 2020, the company could now start monetizing its creations. Furthermore, the company also began to market a $75,000-dollar robot named Spot to other industries.

The robot had landed its first gig in Norway, where its tasks included detecting gas leaks, collecting information, conducting inspections, and creating reports. In a Ford car factory, Spot was also helpful in gathering information and scanning the plant's entire layout.

Read Also: This Robot Modifies its Body Based on a Particular Terrain - Shape-Shifting from Grass to Concrete is Possible!

According to a report by Digital Trends, Boston Dynamics said that Stretch, a new robot will be due for sale in 2022. The robot was created to carry out tasks in a warehouse. Its tasks feature moving around 800 boxes in an hour. The wheel-based machine could also function for up to 16 straight hours without charging.

In a report by Mashable last July 2020, Stretch robot could do laundry tasks. It also has a strong grip. For $18,000, Stretch could also vacuum your couch at home.

While many people thought that robots could one day overtake the world through doing human tasks, the robots created by Boston Dynamics will be a big help for humans to accomplish an activity in a much more convenient and more efficient way possible.