'Bitcoin Ban' in US May Happen Soon, Predicts American Billionaire Ray Dalio: Will This Change Its Value?

Previously, American billionaire Ray Dalio said that Bitcoin was "one hell of an invention," last January. The Bridge Associates founder praised the said cryptocurrency which drove a lot of people to invest as it grew as one of the most popular types of money at the time.

However, Dalio recently came up with a bold prediction that bitcoin could be banned by the US government since it continues to rise among all cryptocurrencies. Why did he arrive at this statement?

Ray Dalio Knows Bitcoin Could Be Outlawed Someday by Government 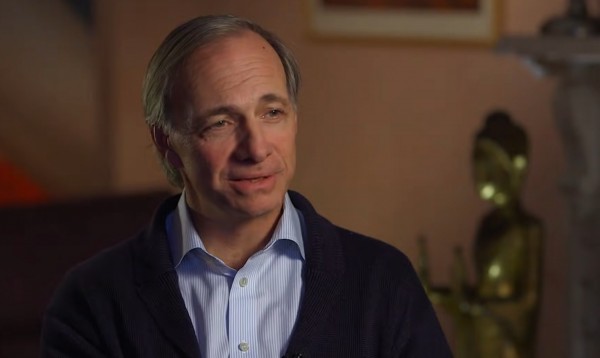 (Photo : Screenshot from YouTube/Invest in Yourself)

In an interview with Yahoo Finance entitled "Influencers" last week, Dalio said that outlawing bitcoin was a good probability. He used the 1930 era as a reference for the comparison of it and the gold coins which were the used currencies during the war.

Dalio continued that at the time of the Great Depression, cash and bonds were considered as bad investments. From there, the government had supervised its usage and decided to outlaw the gold. This was his idea that such a move could resort to a good chance of being banned by the government.

This was in line with Executive Order 6102 released by former US President Franklin Roosevelt. The order was also known as the "Gold Reserve Act" which was signed on Apr. 5, 1933. According to it, the hoarding of gold coins, certificates, and bullion would be forbidden across the North American country.

Since the economy at the time continued to worsen, people resorted to "hoarding" of gold, a direct impact of the economic depression across the states. This drove the US government to keep the gold out of the reach of the citizens.

According to a report by Finance Magnates, several historians highlighted that the government has implemented the order to entirely remove the Federal Reserve constraint which further avoids the money supply to increase.

Dalio noted that every country keeps the supply-and-demand control monopoly. Boosting the value of US dollars was also the way of the US government to cope up with the relief strategy for COVID-19.

The 71-year-old philanthropist continued that what happened to gold could happen to bitcoin if things became unsystematic for the government amid the currency competition.

Not only America was involved in the fiasco that could happen in the said cryptocurrency. Last week, Forbes reported that India was now planning to ban bitcoin. If someone from India was found out to have this kind of money, he/she will be sanctioned with a criminal offense.

While Bitcoin owners are not recognized, for the US government, tracking those who use bitcoin might be easier. Dalio said that he was not an expert in his field, particularly to the privacy features offered by Bitcoin. However, the government could simulate a surveillance test so they could know who is utilizing the crypto.

In response to the US' possible Bitcoin ban, the editor of fintech newsletter, FIN, James Ledbetter had his claim. He said that there could be no unity that will happen among banks and countries to entirely prohibit the use of bitcoin, CNBC reported last Friday, Mar.26.

Ledbetter pointed out that the scene was "technologically" possible, but there could be some regulations that could be imposed to make it happen.