'Genshin Impact' Will Come to PS5 This Spring- Can miHoYo Also Bring it to Nintendo Switch?

Chinese video-game developer miHoYo has expanded its platform for its popular role-playing game "Genshin Impact" to PlayStation 5, which is coming this spring.

What should we expect for the upcoming release of this game in its new environment?

What Should 'Genshin Impact' Players Look Forward to the Game's PS5 Release? 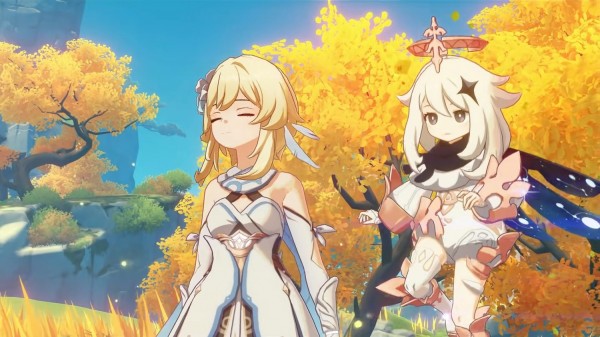 In an official tweet by Playstation on Wednesday, Mar. 31, the upcoming PS5 version will come with a handful of features that players would find exciting. Among the several features indicated in the video was a higher quality of images and a more advanced graphics performance.

Furthermore, an expected expansion of evolutions, which include support for 4K gaming, improved textures for the whole game, and much faster loading times are also set to arrive.

Face (and wield) the elements of Teyvat this Spring. pic.twitter.com/y9QQGID8Js

Through these features, players will undoubtedly see a huge difference in playing "Genshin Impact" in PS5 compared to other platforms.

Also, they could now fully enjoy all upgrades across all regions in the game.

"The PlayStation 5 is an ideal platform to enhance the vast open-world featuring in "Genshin Impact," allowing the team to incorporate more thoughts and ideas into the game, both now and in the future," miHoYo president Forrest Liu said during a press release, Gematsu reported.

Liu added that the company's effort to bring the native Playstation 5 version of "Genshin Impact" has finally come to life.

Moreover, you can also download the game on your iOS from the App Store, and in Google Play if you are using an Android device. The game is also available on PC and Playstation 4.

Could 'Genshin Impact' Arrive on Nintendo Switch? How About Xbox?

At the moment, miHoYo still has no official plan to release "Genshin Impact" for Xbox.

However, there was a trailer posted on Jan. 14, 2020, which suggested that the game could be launched on Nintendo Switch in the future, but it has been a year since the trailer was released and miHoyo has not yet revealed any plans in unveiling its possible game campaign for Nintendo's gaming console.

From the same tweet by PlayStation, many users have voiced out their comments about the game's PS5 launch.

One user tweeted a picture of comments showing that Xbox is better than PS5.

However, another user created a poll for the community. The result showed that 61.% of the voters found out that the game was best in PS5, 21.1% said they loved playing the game on PC, and 11.3% stated that they wanted the Switch version of the game. The Xbox option garnered the least percentage of votes at 6.5%.

There are also some concerns about transferring saved data from PC to PS5. One user claimed that if it was allowed, he would play "Genshin Impact" on PS5. However, another one commented that it would not happen on said platforms.

As of now, PS5 fans should wait for further announcement from miHoYo regarding the new "Genshin Impact" port.

Related Article: How to Join 'Genshin Impact' 1.5 Beta Test: Here's All You Need to Know