On Friday night, Apr. 2, Amazon released an apology about its tweet concerning warehouse drivers who have the urge to use bottles in urinating. The statement was directly addressed to Wisconsin representative Mark Pocan who criticized the company about its issue on its workers.

The argument blazed up after the tech giant fired back to Pocan. Later, it said that its workers were proud of their jobs in addition to the decent salary and healthcare perks that the company gives. 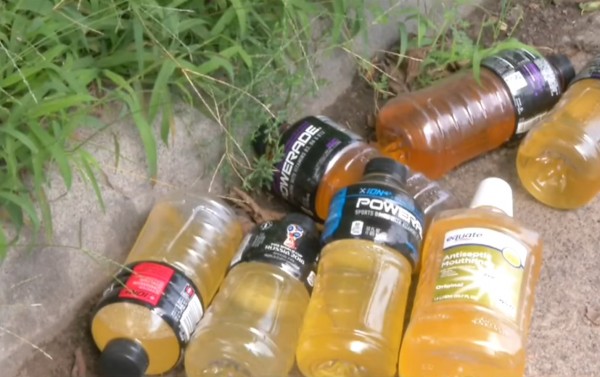 In an unexpected turn of events, Amazon has reportedly stated an apology to the congressman, whom they have encountered on Twitter. This was a rare scenario since the company was hell-bent in its stance over the activities of its drivers during their break.

What Pocan pointed out was how a tech firm that pays its workers $15 per hour could allow them to urinate in bottles. However, Amazon countered with a response concerning that no people would work for it if the issue was true, Geekwire reported.

Furthermore, the Seattle-based company bragged that millions of its employees were enjoying what the company provides them in the form of proper wages and health care benefits.

1/2 You don’t really believe the peeing in bottles thing, do you? If that were true, nobody would work for us. The truth is that we have over a million incredible employees around the world who are proud of what they do, and have great wages and health care from day one.

As a response to this, Pocan immediately commented that stood with the Amazon workers. This created a huge noise on Twitter, which caught the attention of the users on the platfrom who joined in on the discussion.

However, it seemed that Amazon did not let its guard down against the public flak, as it said that the tweet was incorrect.

The company also highlighted that Pocan's comment only tackled about Amazon's fulfillment centers, and not the whole coverage of the drivers in their delivery tasks.

Moreover, Amazon also said that the "peeing in bottles" controversy was flawed since its statement did not receive any critical observation from the public. It also suggested that the problem in finding restrooms is not only applicable to the company, as other firms are also experiencing the same issue.

Amazon's Denial About 'Pee Bottle' Issue Led to Many Evidence

Last week, The Verge reported that Amazon denied the allegations thrown against them to hide its undesirable treatment of its workers. The PR team of the company did not give up on its claims that what Pocan said was false.

However, there was documentation that revealed that the company's exploitative working conditions were true. This was proven by James Bloodworth, who has documented the life of the workers who only earn low salaries in Amazon.

I was the person who found the pee in the bottle. Trust me, it happened. https://t.co/U76UlDRWSO

Bloodworth's book entitled "Hired: Six Months Undercover in Low-Wage Britain," covered the shared stories of workers from Amazon who experienced peeing in bottles. This was because the company wanted to save time in delivering its goods to the other companies.

As a labor reporter who covers Amazon extensively...I can say Amazon delivery drivers not having a time or place to pee is one of the most universal concerns I hear about https://t.co/pG81MDf5TU pic.twitter.com/h3pGhOok1y

Lauren Kaori Gurley, a writer from "Motherboard" scribbled a story which came from the Reddit forum about the experience of Amazon delivery drivers.

There were still other reporters like Ken Bensinger and Alex Press who also shared their stories that tackled peeing of drivers in the bottle to skip their short rest.

Amazon claims its workers don't pee in bottles; defenders say it's an urban legend. But these photos sent to me by a former driver for a former @amazon contractor called Synctruck in a California facility suggest strongly otherwise. https://t.co/hp4zCqOxRO pic.twitter.com/StHNvV9B1x

my first response to this was to laugh because it’s such a ridiculous tweet but honestly, this is infuriating. here are the type of texts Amazon workers send me https://t.co/7hW5miBob8 pic.twitter.com/bENxlqzsPa

ⓒ 2021 TECHTIMES.com All rights reserved. Do not reproduce without permission.
Tags: Amazon Peeing in Bottles Mark Pocan
Most Popular