If you haven't played the game yet or encountered this enemy, Hilichurls are a goblin-like group of monsters that roam around various areas in the popular adventure game.

They are the primitive wandering inhabitants of Teyvat's Wilderness. New players and old fans know that these characters are the first monsters they will encounter in the title.

Don't get me wrong, it's important to have poc represented + genshin world is a fictional place and since the rest isn't historical accurate, yall can shut up with that accuracy argument. #boycottgenshinimpact

However, some players are disappointed with their looks and want MiHoYo to change the appearances of Hilichurls. Because of this, the new #BoycottGenshinImpact is now trending on Twitter.

Here are other details you should know:

According to HITC's latest report, players show various reasons why they are trying to cancel the popular role-playing game, specifically with how the "Genshin Impact" monsters are portrayed. Here are some of the reasons: 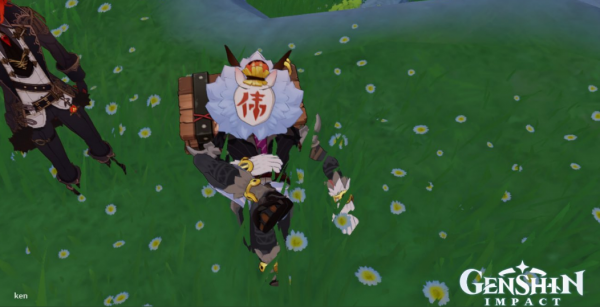 "oMg thEy bAseD ofF hiLicHurls on iNdiGeNouS pPl"

"WhY is KaeYa anD XinYAn arE oNly 2 dArK Skinned TonE CharAcTeRs!"

"OmG fLorA iS a cHiLD wHy DoEs Ulfr 'aN aDulT' wants to coNfEsS tO fLorA!!"

People are saying this without knowing the meaning behind#boycottgenshin #miHoYo pic.twitter.com/XQ4g84KRKK

Dual Shockers reported that the Boycott trend starts around 3:00 a.m. U.K. or at 10:00 p.m. ET on Apr. 6. The main reason behind the new Twitter trend is the game's representation for Hilichurls. Some fans claimed that this character is inspired by indigenous people.

found unusual hilichurls they look so comfy but i must k word him for achievement😞 pic.twitter.com/I3mIRkN6KP

They added that making them villains in the game disrespects the culture and makes indigenous peoples' history a negative one.

Although this is the case, the players confirmed that they don't exactly want to cancel "Genshin Impact."

All they are asking is for MiHoYo to change the representation of Hilichurls. As of the moment, MiHoYo hasn't made any statement regarding the current character representation issue.

Hilichurls are characters that have brown skin and wears a mask with indigenous symbols. They also use wooden bats or spears as weapons, which is also how the indigenous people hunt. Hilichurls also use a flaming club to attack its targeted players.

Aside from these, Hilichurls also wear what looks like white fur. Here are different types of Hilichurls:

If you want to see how these Hilichurls look like, all you need to do is click here.

For more news updates about "Genshin Impact" and other popular adventure games, always keep your tabs open here at TechTimes.