"Genshin Impact" is getting more popular than ever, thanks to its new updates and upcoming characters. One of the most awaited heroes in this popular role-playing game is Yanfei.

i saw this "leak" & got nervous, so Im saving for 3 5*'s & 2 4*'s, at first it was only klee & zhongli, now its eula, zhongli, klee, yanfei & rosaria,maybe ayaka too. skipping childe banner even if i wanted bennett cons, been saving since after hu tao's banner & not even close 🥲 pic.twitter.com/jIgehlm6fH

PC Games explained that she is a half-human and half-illuminated beast. Because of this, Yanfei can easily access many magical Pyro-based attacks that can easily eliminate her enemies. This means that her abilities mostly rely on fire.

However, MiHoYo hasn't released any specific detail yet regarding her playstyle. But, some sources provided some possible capabilities and items that players can use to bring out the best in Yanfei. To help you further, here are the best builds you can use:

Since Yanfei is considered a catalyst-based fighter, players should be aware that this character doesn't have great defense capabilities. This means that she can be killed if they are too many enemies at close-range fights.

Although this is the case, you can still kill them all at once by chaining elemental reactions. On the other hand, items that boost Yanfei's DPS are the best builds to use. 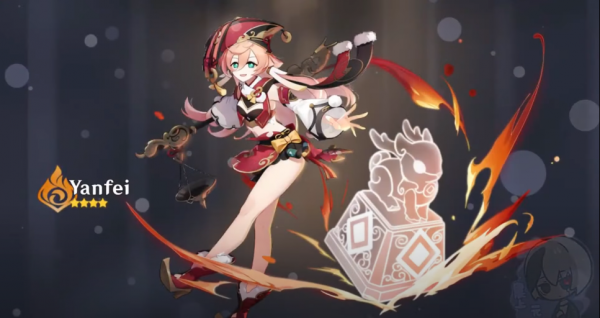 Also Read: 'Animal Crossing' Collaborates with Build-A-Bear to Release a Collection of Stuffed Animals, Here's How You Can Buy Them

As of the moment, the game developer hasn't confirmed that the actual release date of Yanfei's banner. However, it is speculated that it could arrive when "Genshin Impact" 1.5 is released, which is expected to happen in Apr. 27. But, this is still a speculation.

Right now, lots of players are getting hooked up with this popular role-playing game. However, a recent trend on Twitter suggested that some of them are trying to cancel "Genshin Impact." Inverse reported that one of the reasons behind the latest #BoycottGenshinImpact is how the developer represents Hilichurls. If you want to know more details, all you need to do is click here.

For more news updates about "Genshin Impact" and other popular adventure titles, always keep your tabs open here at TechTimes.