Elon Musk has opened up about vaccination preferences and his stand, in general, especially during the distribution of the many COVID-19 vaccine shots in the country. Among his choices or recommendations were Johnson&Johnson's, Pfizer and BioNTech, and Moderna, which were all from an mRNA creation. He also suggests the use of EpiPen for allergic reactions. 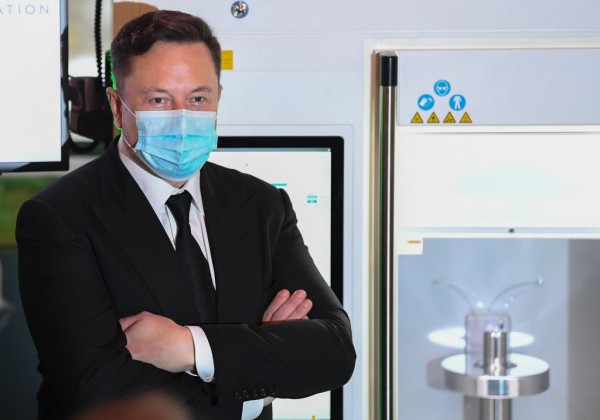 (Photo : Photo by Filip Singer-Pool/Getty Images)
BERLIN, GERMANY - SEPTEMBER 02: Tesla and SpaceX CEO Elon Musk presents a vaccine production device during the CDU/CSU faction meeting the Westhafen Event & Convention Center on September 2, 2020 in Berlin, Germany. Germany. Musk is currently in Germany where he met with vaccine maker CureVac, with which Tesla has a cooperation to build devices for producing RNA vaccines, yesterday. Today, he is rumoured to also be visiting the site of the new Gigafactory under construction near Berlin.

The popular SpaceX and Tesla CEO, Elon Musk, mentions his top three choices of brands, which he claims are "good" to use and administer. His list includes the two firsts in the country. The CEO raises the matters via his Twitter account (@elonmusk), where he said that he "support vaccines in general," specifically for COVID-19.

To be clear, I do support vaccines in general & covid vaccines specifically. The science is unequivocal.

In very rare cases, there is an allergic reaction, but this is easily addressed with an EpiPen.

Here, Musk also acknowledges that people would have different reactions when receiving the vaccine shots at first, saying that there could be allergic reactions in several rare cases. Initially, it is known that the CEO is supportive of the vaccination drive that has already rolled out in the country, and has been distributed over its citizens.

Musk expresses the vaccines that he prefers and are "good" for him to use, and these shots come from Johnson&Johnson's, Pfizer and BioNTech, and Moderna. What the latter two have in common is the method of creating the vaccine, and that is through the single-stranded technology which is the mRNA, while the J&J's use the more traditional way.

Probably J&J, but BioNtech & Moderna are good too. Some debate imo as to whether a second synthetic mRNA shot is really needed, but the first is a no-brainer.

On the other hand, the more traditional Johnson&Johnson's COVID-19 vaccine is a single-shot vaccine, which has a lower efficacy rate compared to the two synthetic vaccines above. There were plenty of debates and discussions on what vaccine is the most effective and has the least allergic reaction, but Musk boiled it down to a person's preference and understanding of each shot.

Musk also acknowledged that each person would have a different response and reception of the COVID-19 vaccine once administered to the body, and said that there would be an allergic reaction in rare cases. With this, the Tesla CEO suggests the use of "EpiPen," an epinephrine shot that cannot be bought over-the-counter.

There were also questions regarding the arrival of Elon Musk's COVID-19 vaccine venture with CureVac, who were supposed to use the Tesla Giga Berlin's machines to mass-produce the availability of its doses. However, the venture is not yet to happen, as Giga Berlin's completion is yet to happen at the end of the year.