OneWeb previously launched its internet satellites to compete with Elon Musk's Starlink internet rockets. And now, the two companies' satellites almost collided with one another. 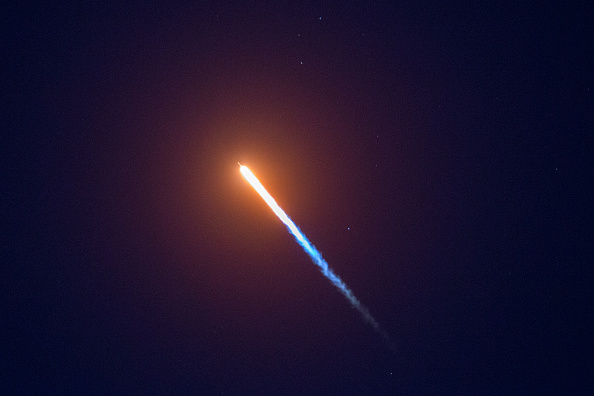 According to The Verge's latest report, two satellites from OneWeb and SpaceX Starlink's lineup were able to dodge each other before they clashed.

Fortunately, the possible space accident was prevented, thanks to the red alerts that were sent by the United States Space Force.

Five days after OneWeb launched its first batch of internet satellites, the new space company was already receiving some red alerts from the U.S. Space Force's 18th Space Control Squadron. The military agency warned Starlink's competitor about a possible collision of their two rockets that are now in orbit.

The reason behind the possible collision was the OneWeb satellites' orbit level. The internet rockets of Starlink's competitor were set to orbit higher than SpaceX's satellites. Because of this, OneWeb needs to pass through the mesh of Starlinks since Elon Musk already launched thousands of them in space. 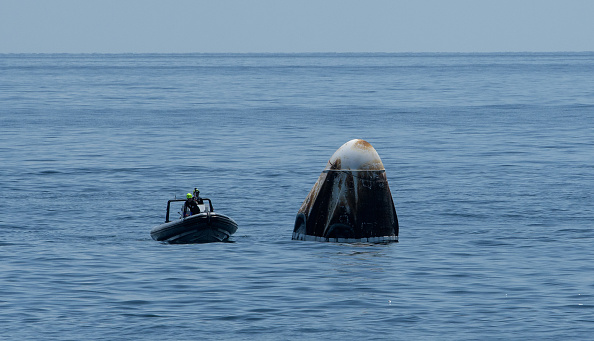 (Photo : Photo by Bill Ingalls/NASA via Getty Images)
In this handout image provided by NASA, a recovery support team flanks the SpaceX's Crew Dragon capsule spacecraft, with NASA astronauts Robert Behnken and Douglas Hurley onboard, which landed in the Gulf of Mexico after completing the Demo-2 mission to the International Space Station on August 2, 2020 off the coast of Pensacola, Florida. The Demo-2 mission is the first launch with astronauts of the SpaceX Crew Dragon spacecraft and Falcon 9 rocket to the International Space Station as part of the agency's Commercial Crew Program.

To avoid this, U.S. Space Force alerted OneWeb that there is a 1.3% that one of its satellites will crash with another Starlink.

This was a close call since if it really did happen, the collision will have a domino effect and could lead to a more serious space disaster that could destroy other OneWeb and Starlink satellites that are in orbit.

SpaceX also coordinated with OneWeb to save their satellites. Musk's space agency said that they disabled their automated AI-powered collision avoidance system.

Thanks to these measures, OneWeb was able to safely steer away from its satellite and avoid the accident.

The prevented OneWeb and Starlink collision is also good news for Elon Musk since he seems tired of catching rocket components. BGR previously reported the twin recovery ships, Ms. Chief and Ms. Tree, were already stripped away from SpaceX branding.

Although this is the case, Elon Musk still confirmed that he will still recover and reuse the latest rocket components that are still in the sea. You can click here for more details.

For more news updates about OneWeb, SpaceX, and other internet satellites, always keep your tabs open here at TechTimes.