APKPure App Malware Bombards Users with Ads and Paid Subscriptions: How to Fix This in 3.17.19 Version?

Users could sometimes not find the desired applications that they want to download in Google Play Store. However, there are no restrictions made if the users want to explore other sources to acquire the app.

APKPure's app is one of the best choices when considering a site to download your files or games which are not compatible with the Play Store. However, there are times that the site could be unsafe for all users due to malware installed by unknown perpetrators.

This could result in exposing the security information of the visitors, and it could further harm the system through annoying ads and unnecessary paid subscriptions. 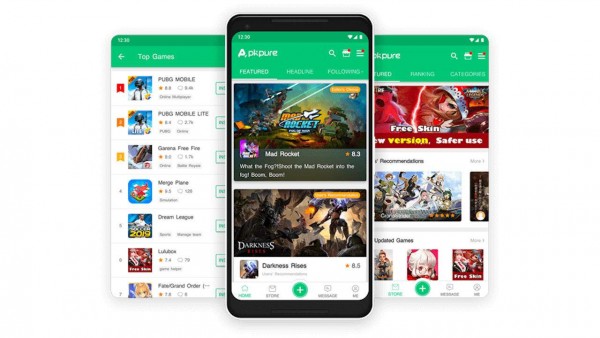 APK Pure is one of the most well-known APK sources, besides APK Mirror, and F-Droid. In downloading files from these sites, users have no idea if the said contents are allowed by the original developers to be installed.

To reach more users, APKPure decided to create its own store app. This is not connected to Google Play Store or whatsoever, but the resemblance of the contents could be surmised as the same. However, a friendly reminder for the users is that this app could also be a haven of malware attacks that could infect its users.

In Kaspersky Lab's post on Friday, Apr. 9, the developers of APKPure have encountered a series of malicious code. The suspicious code came from the SDK, the new adware.

The implementation of the adware is a bad move for the developers, and yet its platform could not escape the malware to emerge in its system. Specifically, this is created to dupe the creators into putting trojan viruses and other malicious contents in several applications.

The scale of the vulnerability could vary on the OS versions of the devices that the Android users have. It could also rely on the most recent security patches being installed.

The most serious effect of the malware infection to the users could be the endless appearance of the paid subscriptions and advertisements. If your Android version is outdated, the malware will likely not be removed anymore in the system partition of your mobile phone and similar devices.

How to Fix APKPure App's Issue

According to a report by Slash Gear,  there is a solution that is already implemented by APKPure on its app on its most recent version, the 3.17.19. However, if you are relying on 3.17.18, follow these simple steps to get rid of the malware on your mobile device.

If you still feel unsure about these steps, you might want to try evaluating the other third-party app sources besides APKPure. You could also demonstrate similar procedures to address the issue to eradicate the potential growth of malware in your phone's system.

Related Article: Barcode Scanner Removed from Playstore After Infecting Over 10 Million Phones: How to Delete This App