On Wednesday, April 14, officials halted the use of the Johnson & Johnson COVID-19 vaccine in the United States to gather more information about the clots that were reported in six people who received the shot.

The Centers for Disease Control and Prevention's independent advisory committee stated that the CDC did not have enough information to say which populations would be at risk of blood clots or to recommend who should obtain this vaccine. There are also concerns that this rare clotting can contribute to other problems with the vaccine. 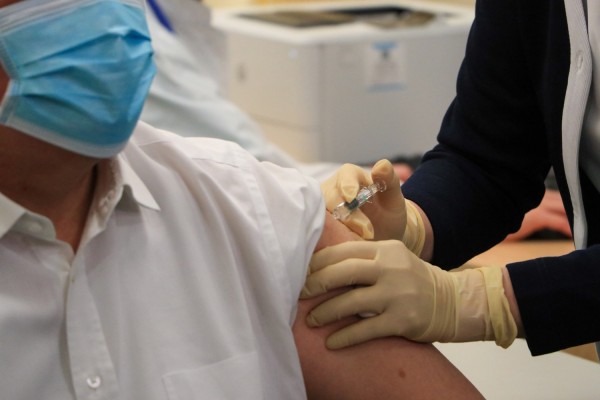 (Photo : Photo by Macau Photo Agency on Unsplash)
Johnson & Johnson Vaccine Halted Due to Signs of Clotting In Patients

According to Science, a rare but very serious adverse reaction that has complicated Europe's COVID-19 vaccination schedules in recent weeks has thrown a wrench into vaccination programs in the United States, as well.

The Centers for Disease Control and Prevention (CDC) and the Food and Drug Administration (FDA) released a joint statement Tuesday morning in which they recommended a pause in the use of the COVID-19 vaccine produced by Johnson & Johnson.

The action occurred following six cases of a rare clotting disorder that had been documented in people who had been vaccinated with the J&J vaccine in the United States. The diseases had occurred in women between the ages of 18 and 48. One died.

Researchers studying the possible causes have named the complication as vaccine-induced immune thrombotic thrombocytopenia (VITT). A similar condition to the side effect of heparin-induced thrombocytopenia is that patients in Europe harbor antibodies against a protein called platelet factor 4 that can activate platelets and lead to widespread clotting.

It cannot be determined at this time whether the same antibody response has been observed in American patients. For this reason, it is unclear how the vaccinations may have led to VITT.

Peter Marks, who works for the FDA, said the attention should assist in ensuring that patients are treated correctly. This entails avoiding taking heparin for clotting problems, which many doctors usually recommend. "If you are using heparin on this condition, then you are simply throwing fuel on the fire," Arepally says. 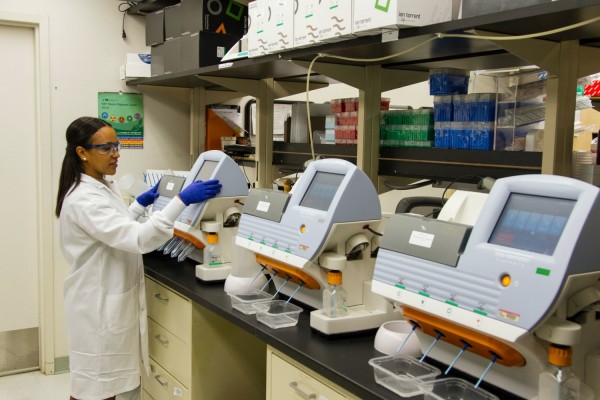 (Photo : Photo by National Cancer Institute on Unsplash)
Johnson & Johnson Vaccine Halted Due to Signs of Clotting In Patients

According to TheVerge, Johnson & Johnson pause may affect the underserved communities in the US. The convenient, one-shot vaccine was being used for elderly people who were housebound and at clinical clinics in rural areas, as well as for people experiencing homelessness.

The consequences of this pause were an important topic of conversation during the meeting today.

"This one-shot vaccine which doesn't require cold chain storage is a significant loss," says Camille Kotton, the director of the transplant and immunocompromised host infectious diseases programs at the Massachusetts General Hospital.

However, they may have the greatest difficulties being treated if they develop a clot in the future, said Helen Talbot, an associate professor of medicine at Vanderbilt University.

Tom Shimabukuro, a member of the COVID-19 Vaccine Task Force, said during the committee meeting that the CDC was keeping a close eye on reports of these clots because of the problems with the AstraZeneca vaccine.

Watching the vaccine safety monitoring system work in this particular case, during a large-scale national vaccination program, is a resounding example of how robust this system is," he explained.