Analysts believe the European countries' decision to suspend the use of the Oxford-AstraZeneca COVID-19 vaccine could result in far-reaching consequences.

The news comes after blood clot concerns surfaced, prompting several European nations to halt the use of the vaccine as a precaution until checks are made to identify if there is a link between the shot and the increased risk of blood clots among the affected recipients. 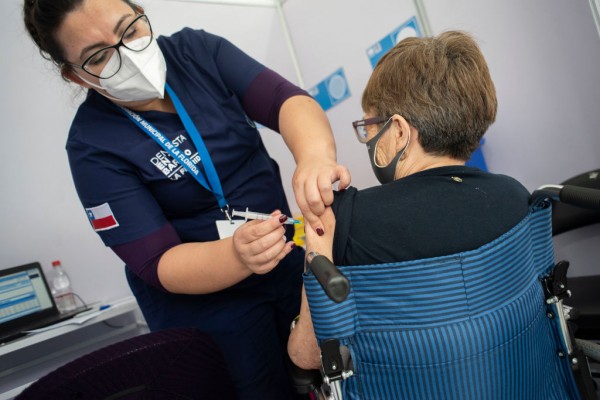 So far, 13 countries in the European Union have taken the decision, with Sweden and Latvia being the latest to announce the suspension, joining Germany, France, Italy, and others.

Meanwhile, Austria decided to only suspend the use of a specific batch of the AstraZeneca vaccine after a 49-year-old woman died after receiving the shot.

The European Medicines Agency (EMA) argued that the benefits of using the AstraZeneca vaccine outweigh the risk of its side effects.

According to a report from CNBC, EMA director Emer Cooke said that there is no evidence suggesting that the vaccination caused "these conditions."

"The benefits continue to outweigh the risks, but this is a serious concern and it does need serious and detailed scientific evaluation," said Cooke, adding that the agency has been involved with the evaluation at the moment.

The World Health Organization (WHO) echoed the EMA's sentiment and sought to downplay the ongoing safety concerns, noting that the risk mentioned is a common occurrence among the general population.

A vaccine maker and a drug regulator itself, the WHO urged countries to carry on with the vaccination rollouts, and assured that the advisory committee on vaccine safety has been reviewing the issue.

Dr. Michael Head, a senior researcher in Global Health at the University of Southampton, U.K., found it baffling for the European nations to suspend the vaccinations.

He pointed out that the number of events relating to the blood clots among the vaccinated and unvaccinated populations is the same, or possibly even lower, as per Science Media Center.

Head added that the decision to halt the vaccine rollout would only result in delays in protecting the people during the COVID-19 pandemic.

The decision could also increase the rate of vaccine hesitancy, as people who have seen the headlines may become understandably concerned.

The pharmaceutical giant reassured the safety of the vaccine, highlighting that out of over 17 million people who were vaccinated in the European Union, only less than 40 cases of blood clots case were reported as of Mar. 8.

Among those cases include 15 events of Deep Vein Thrombosis and 22 events of pulmonary embolism; the number is thought to be much lower than what is expected to naturally occur in the general population.

In a statement released on Mar. 14, Chief Medical Officer Ann Taylor said that the increased attention in individual cases was caused by the nature of the pandemic.

Oxford-AstraZeneca vaccine is designed to prevent the coronavirus in people aged 18 and older.

It is made up of a modified adenovirus that contains a gene to make a protein from SARS-CoV-2, the virus that causes COVID-19.

As with most vaccines, the most common side effects are typically mild to moderate and improve within a few days of vaccination.