Adobe Co-Founder: Charles Geschke's Legacy That We Should Remember and Other Important Happenings

The tech enthusiasts mourned at the recent passing of Adobe co-founder Charles "Chuck" Geschke who passed away at the age of 81. The cause of death was not mentioned.

On Friday, Apr. 16, the company confirmed the sudden death of their beloved co-leader.

In our daily lives, we often use Adobe apps like Photoshop, Illustrator, InDesign, and other related tools to make our activities in school and at work lighter. But, how much do we know about the head of this creative company? 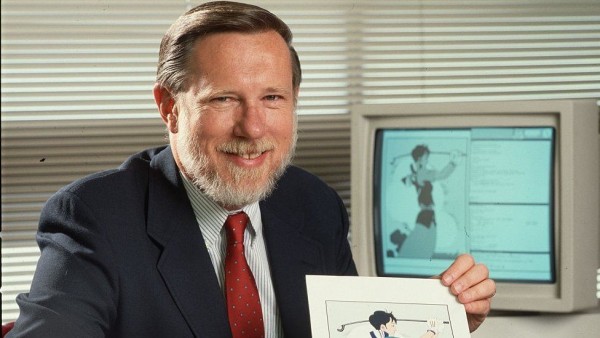 Engadget reported that Shantanu Narayen, the current CEO of Adobe addressed a sad email to the company employees. Narayen said the loss of Gerschke is huge for the entire community of Adobe, as well as for the other tech industries that looked him up as a decade-long hero.

Narayen continued that Charles, being the Adobe co-founder, has established the company with the help of John Warnock. At the time, the two have joined to create a game-changing software where people could innovate, create, and communicate.

Moving forward, Narayen added that Chuck's legacy of endless innovation has paved the way for several technological transformations that happened in the company. These inventions are the current tools that we use now such as Adobe Photoshop, PDF, Acrobat, Premiere Pro, and Illustrator.

Gerschke's journey in Adobe was not smooth-sailing. Before encountering Warnock, he first finished his Ph.D. studies in Computer Science at Carnegie Mellon University located in Pittsburgh. William Wulf was the person who advised him to finish his studies at the university.

His meeting with Warnock was a meaningful partnership. In 1972, Gerschke managed to enter Xerox Palo Alto Research Center, the same place where Warnock used to work.

After a decade, they decided to quit their job in Xerox to focus on building their own company. During the early days of Adobe, the duo has been successful in creating Adobe PostScript, a prominent programming language that lifted the industry of desktop publishing.

From December 1986 to July 1994, Gerschke became Adobe's chief operating officer. In April 1989, he was promoted to be a company president until April 2000, where he finally called it "quits."

He did not leave Warnock at the time since he worked as board chairman with him starting September 1997 up to January 2017. Meanwhile, he became the emeritus board member in April 2020.

In his statement, Warnock shared that he could have not imagined having Chuck by his side as his better business partner. He added that the passing of Chuck marked a huge hole in them and to those people who knew him well.

Since Chuck was known to be a great creator due to his innovation and knowledge, he has received some awards throughout this life.

An old AP report in 1992 stated that Geschke was also popular when people learned that he survived the famous kidnapping incident during that year. When he was on his way one morning, two men abducted him and locked him for four days.

For a moment, the men had been seeking a ransom, but later the FBI had conducted a rescue and search operation for Chuck. He was finally saved at that time.

When Nancy Geschke was asked about this husband's main focus, she answered it with "family."

"He always called himself the luckiest man in the world," Nancy said.

Geschke is survived by three children and his 78-year-old wife.