Elon Musk's Tesla FSD Update comes one after another, and this time, the CEO mentions a new look for its NN probability vector space that predicts its moves and control of the electric vehicle. There have been major updates for the FSD Beta, and initial public users that have gotten their trial version have been fortunate to see its development since its early days. 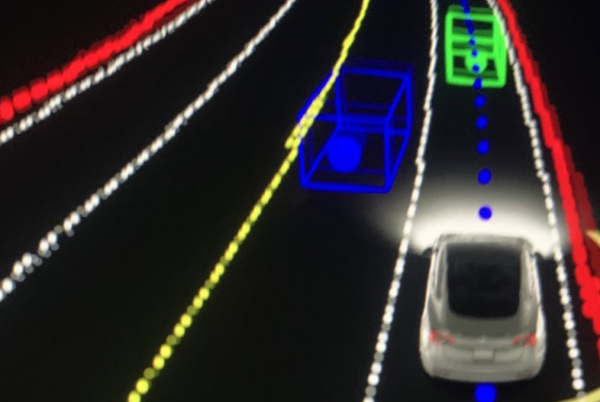 The Full-Self Driving beta (FSD) has been in the trial stage for too long now, especially as it took more than 2 years since it was announced by the CEO and developed by the company. However, the system is now here but yet remains out of the public's hands as Musk wants the system to be perfect and be on its safest version upon release.

Last week, the CEO unveiled that the FSD subscriptions would come by May for people to avail, and the "Beta Button" would come two months later for people to download the system on eligible Tesla EVs. The timeline for Tesla's subscription for the FSD is nearing, especially as May is fast approaching, and is coming by the next weekend.

Read Also: Police Will Serve Warrants to Investigate the Recent Tesla Crash in Texas to See if Autopilot was Enabled

Also last week, Elon Musk teased the world with the arrival of the FSD's beta version 9.0 which brings a lot of goodies for the autonomous driving system of Tesla to be coming in the current users of the feature. What this version brings is the cornering capabilities while driving autonomously, along with bad weather improvements for the system.

While all of this is towards the improvement of the electric vehicle, Tesla and Musk are not yet through with the updates as according to the CEO via Twitter (@elonmusk), a more technical update is coming. This more "technical" update is about the new rendering capabilities and looks of its probability vector space for the FSD.

The system's probability vector space shows the real-time adaptability of the electric vehicle in navigating through traffic and the different situations present in real road conditions. With its improvement, it would give the vehicle a better understanding of what to do next, as well as give the driver a live feed on what it plans to do in certain situations.

Today is #ElonMuskDay and I just wanted to thank him for the opportunity to test #FSDBeta - #Tesla is trying to make driving safer for everyone and I’m honored to be even a tiny part of it! Thank you, @elonmusk ! pic.twitter.com/xmd2Ee4lms

Would This Be Part of Tesla FSD Beta Version 9.0?

Tesla and Musk have said that the Tesla FSD Beta version 9.0 is "almost ready" last April 10, but was not given any follow up by either of them whether it has released or not yet. The only ones who can confirm this are the users with FSD, the CEO, and Tesla, which none have recently spoken about the beta version 9.0.

However, chances are if the FSD beta version 9.0 has not yet been released to the public, it would be that the probability vector space would also join this update as it is a significant one for the autonomous feature.