"Call of Duty" Season 3 is available for download starting Apr. 22, and it is packed with exciting new features including the limited-time event, four multiplayer maps, and six new weapons.

The latest patch also brings back Modern Warfare's Captain Price, and players can add him to their list of Operators in "Black Ops Cold War" and "Warzone."

"Call of Duty" Season 3 is launching a limited-time event for "Black Ops Cold War" and "Warzone."

Called the "Hunt for Adler" event, players will be tasked to trace Adler's whereabouts by completing Intel Challenges.

Players who successfully finish the "Hunt for Adler" challenge will get the Event rewards containing a new Operator Skin, Calling Cards, Weapon Charms, and more.

The Return of Captain Price 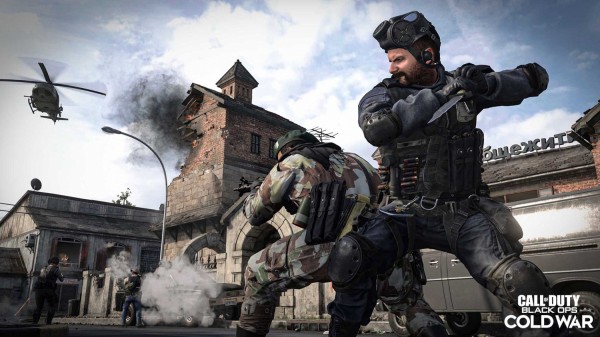 The 6v6 Yamantau map featuring crumbled remains of the Soviet observatory on Mount Yamantau and the fast-paced Diesel map will be available during Launch Week.

The Season launch will bring back the hugely popular Multiplayer mode, "Stick and Stones."

Unlike the "King Slayer" mode from Season 2, "Stick and Stones" leaves every Operator armed with an R1 Shadowhunter crossbow, a Tomahawk, and a Ballistic Knife to fend for themselves.

Season 3's launch week will players the chance to get the PPSh-41 SMG, the bolt-action sniper rifle Swiss K31, and a Ballistic Knife, while the mid-season would bring in the burst-fire tactical rifle CARV.2, the AMP63 pistol, and the classic bruiser's weapon of war, a baseball bat.

More Season 3 Updates to Watch Out For

According to the official blog post on Apr. 19, "Call of Duty" Season 3's launch week will let players tap the latest mid-tier Scorestreak, the Strafe Run, which is perfect for holding down an area while your team members capture the objective while racking up kills.

The Cargo Truck is also coming to Season 3, and the massive beast allows players to fit multiple Operators in its open truck bed.

Players who would like to take control of the Cargo Truck may do so Alpine, Ruka, and Golova at launch, and in Duga during mid-season.

However, Charlie Intel revealed on Apr. 21 that the most controversial and powerful of all movement techniques, the "Slide Canceling," has been removed on Season 3.