Apple AirDrop Vulnerability: 1.5B Users in Danger Says Research—Here's How to Protect Your Phone and Data

Apple has been discovered to have a fatal flaw with one of its wireless data transferring features known as the AirDrop, as a vulnerability was found by German security researchers linking to numerous users. Most people have been leaving their AirDrop turned on for either "Everyone," or "Contacts Only," which leaves their devices open for a possible hack. 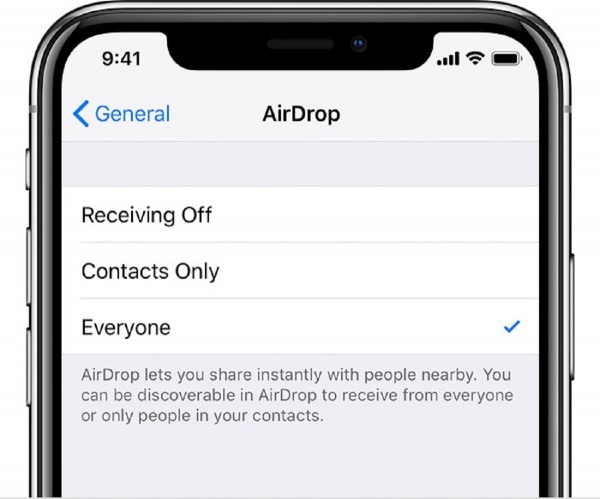 AirDrop is one of the most convenient features for Apple users as devices equipped with it can transfer files to each other, even without an internet connection, the cloud, or connecting the devices to a computer. Data including those from the "Files" folder, Notes, and Photos are among the many applications where AirDrop is most likely to be utilized.

A lot has tried to copy the AirDrop, and the different versions out there have been something to check, but heavy Apple users and fanboys that utilize the company's innovations are blessed to have an all-in-one service. Amidst the April 20-concluded Spring-loaded event, Apple has released a lot of new tech for their lineup and it has brought a great deal for the Cupertino giant.

According to security researchers from Technische Universitat Darmstadt in Germany, "Apple AirDrops shares more than files," and the team has explained how it happens even when not using the feature. As simple as leaving it turned on for "Everyone" to send users any file, it can be vulnerable to the attack.

Currently, there are 1.5 billion users of devices wirh AirDrop, and researchers said that those are also the numbers of vulnerable AirDrop users for the hack to take place. The security researchers have also claimed that Apple has not yet "closed" this privacy vulnerability that it has, leaving these users exposed as of the moment.

The simple process of leaving the AirDrop on can lead to vulnerabilities as it can lead experienced people into tapping into a user's data even when the phone is not actively used but has the AirDrop turned on in the background. The "Contacts Only" feature is not exactly as dangerous compared to "Everyone," but it does not make it safe for a head-on attack from threat actors.

How to Be Safe and Protect Data from This Hack?

The answer is simple and easy, and it is through turning off the AirDrop or toggling the "Receiving Off" setting whenever the feature is not in use. It is great to have this habit by leaving it turned off and using it whenever it is required or needed.

How to Turn AirDrop Off via Control Center

How to Turn AirDrop Off via Settings

Apple has been discovered to have a ransomware attack in the previous days, and the Cupertino giant is faced with massive security problems with its AirDrop, so it is best to stay safe and vigilant with one's data.