Apple's latest 12.9-inch iPad Pro may have impressed fans with its game-changing performance, but it comes with a catch.

As it turns out, the M1-powered iPad Pro does not work with the older Magic Keyboards folio case, and it could set back customers an additional $349 to get the latest one.

The 12.9-inch iPad Pro model is incompatible with the Magic Keyboard released from 2018 to 2020, but it has nothing to do with its software.

First spotted by French site iGeneration on Thursday, Apr. 23, the translated report said that the 12.9-inch iPad Pro's chassis does not leave enough room for the Magic Keyboard to fit snuggly with the tablet's casing.

The 2021 iPad Pro sports a chassis that is thicker by 0.5mm compared to its predecessor due to the new Liquid Retina XDR display that uses mini-LED technology.

This minor difference in thickness made the older Magic Keyboard incompatible.

"The problem is, once closed, the Magic Keyboard grips the tablet pretty tight. Apple has not left a millimeter of leeway, because the accessory must hold the iPad in place and prevent it from falling to the bottom of a bag or worse, on the asphalt if you move the set without other protection," the French report reads. 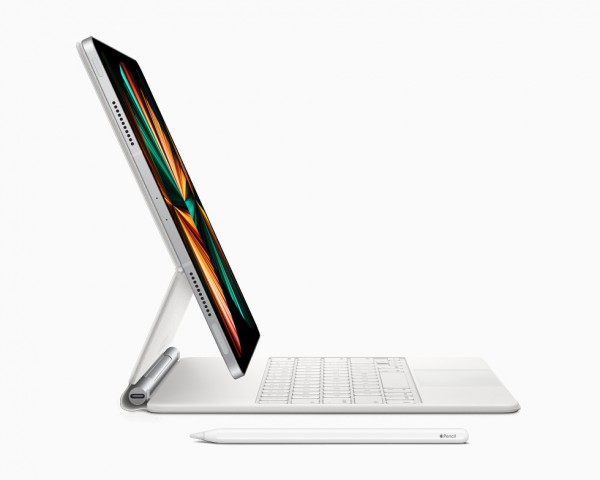 The report added that with an extra half a millimeter on the 2021 generation, its fit poses a problem and rendered the device incompatible, with the French site confirming the Magic Keyboard's incompatibility with the 12.9-inch iPad Pro from the Apple Store documentation.

Meanwhile, the 11-inch iPad Pro model can continue to use older Magic Keyboards as it has the same dimensions and weight compared to its predecessor.

The recently-launched 12.9-inch iPad Pro may have forced customers to ditch the old Magic Keyboard and shell out $349 for a new one, but Logitech offers a better option.

According to Tom's Guide's Apr. 22 report, iPad Pro users may want to set their sights on Logitech's Combo Touch keyboard.

The third-party keyboard offers a backlit keyboard with a trackpad for both the 11-inch and 12.9-inch iPad Pro models.

Logitech announced that the latest Combo Touch comes with the "largest trackpad" and the thinnest keyboard the company has ever designed for a case.

In addition, the Combo Touch has a four-mode kickstand, with the Type mode giving users a way to dock the keyboard in a position suitable for day-to-day work, and another that let users extend it fully for taking handwritten notes or sketching.

It also has a View mode for making video calls and watching content and a Read mode that tucks away the keyboard.

While it is only available in Oxford Grey, the price for the Combo Touch keyboard compatible with the 12.9-inch iPad Pro models starts at $229.99, making it more than $100 less than Apple's Magic Keyboard.

ⓒ 2021 TECHTIMES.com All rights reserved. Do not reproduce without permission.
Tags: Apple iPad Pro
Most Popular