In this Gadget Battle Match-up, ASUS ROG Zephyrus S GX502 goes against the Razer Blade 15 Advanced Model for the best gaming laptop for 2021, suited for hardcore gamers and travelers. These names are known to be behemoths in the gaming industry, as they offer the best there is for PC gaming, known to be chosen by personalities. 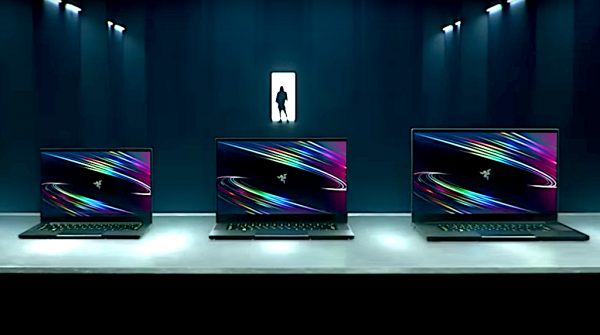 "Gaming is lyf" and while this statement grammatically incorrect, is something that has been embodied by those who infused these games into a part of their lifestyle and daily routine. As such, it is not every day that desktop computer setups can be used.

The birth of gaming laptops was made possible because of the demand of gamers that are frequently traveling, going from one place to another, and having a hard time adjusting without their preferred lifestyle. While brands like Lenovo with its Legion offer a packed Nvidia RTX 3050 (or the Ti version) on its hardware, ASUS' ROG and Razer are worth checking out as well.

ASUS is a known Taiwanese computer manufacturer, which has introduced its ROG division, a.k.a. "Republic of Gamers," last 2008 which would specialize in delivering performance gaming laptops. Apart from its main production line, the ROG would focus on gaming and massive processes with its releases.

Razer may have only started its gaming laptop production in 2011 with the first Blade, but it has already been something that was highly regarded and loved by gamers. Razer Blade 15 Advanced Model 2021 is the latest of the company and still packs the same "shivers" when mentioned by the company.

ASUS ROG vs. Razer Blade: Which is the Best Gaming Laptop of 2021?

In terms of Price and Product Specs, Razer Blade 15 Advanded Model (2021) takes the win, as it packs a 4K screen with an upgraded 10th Gen Intel and the latest of Nvidia's RTX graphic cards. All of that, while it still comes cheaper with its 360Hz screen refresh rate (compared to ROG's 144Hz and 1080p).