Apple Watch could get a substantial upgrade in its health-monitoring features. A United Kingdom startup SEC filing suggests that the wearable might have blood sugar, alcohol levels tracking, among others, in 2022.

U.K. startup Rockley Photonics, in a report by The Telegraph of the SEC filing, revealed its close relationship with Apple. The latter is one of the largest customers of the British company in 2019 and 2020 and will continue to be so in the coming years, a report by Apple Insider says. 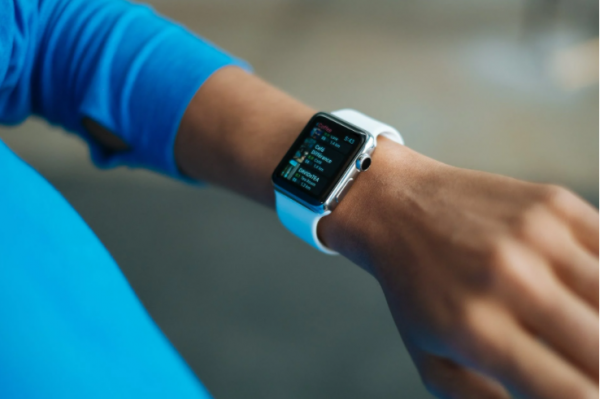 (Photo : Pexel/Pixabay)
Apple Watch could get a substantial upgrade in its health-monitoring features.

Rockley will continue to rely on its revenue stream through its agreement with Apple of "supply and development," CEO Andrew Rickman said, via an Apple Insider report.

The report surfaced after Rockley was gearing up to go public in New York.

The British startup is known for developing sensors for measuring blood glucose, pressure, and even alcohol levels. Thus, the SEC documents raise the possibility of additional features for Apple's smartwatch in the future.

Apple Watch, currently, could measure the heart rate which is effective in monitoring patients with cardiovascular diseases, a study claims.

On the other hand, glucose monitoring, which could be helpful for people with diabetes is not yet available. If Apple could put this feature to life, it is a significant development in wearables.

Centers for Disease Control and Prevention data shows that 1 out of 10 Americans have encountered diabetes.

Just imagine the absence of needles in detecting high blood sugar. Diabetes patients would no longer jab themselves.

As Rockley also develops technology in measuring blood pressure, the possibility of it on the Apple Watch is something to look forward to.

The features could generally help smartwatch users monitor their stress levels. It could also save someone's skin from the risk of heart diseases and stroke, as per the CDC

Every year, according to the CDC, more than 700,000 Americans experience a stroke. Additionally, 1 in every 6 deaths of cardiovascular diseases is due to stroke.

It only shows that a readily available blood pressure monitoring could assist the general public.

Alcohol abuse in America is a prevailing problem, according to the American Addiction Centers. Thankfully, Rockley also ventures into monitoring alcohol levels.

The Apple Watch could soon be the buddy for people trying to keep their consumption in moderation.

Apple is also exerting efforts to detect flu and Covid 19 through its smartwatch as the Covid 19 pandemic lingers. The company teamed up with researchers to make this feature possible.

Apple Shows How Users Can Unlock iPhone With Apple Watch