Recently, Samsung has unveiled the newest laptops, Galaxy Book Pro and Galaxy Book Pro 360 which are said to be the major products that will be a big hit in the long run.

Both versions come in either 13.3-inch or 15.6-inch displays. However, what made the Pro 360 more unique is its portability. It could transform into a tablet in an instant.

Moreover, the arrival of these two laptops will be a challenge for Apple's MacBook Pro M1 which sits as one of the best laptops due to its impressive specs and features. 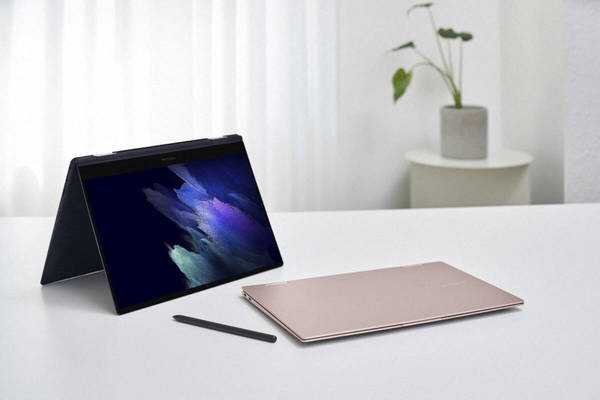 The South Korean firm has been keeping up with the huge improvements in its latest laptops. The two are reportedly compatible in Windows 10, and they could also use 4G and 5G connectivity for mobile internet connection.

Even though the Galaxy Book Pro is only 13 inches, its small size should never be underestimated. Its lightweight feature of 870 grams tells a lot about its portability.

The company claims that its most recent laptops boasted a 6000-series aircraft-grade aluminum to improve their durability. When compared to other models, these products are said to be sturdier and can withstand pressure and other tests.

For their screen, there's nothing you could wish for their Super AMOLED display. This also makes them the first Windows laptop to adopt the high-end screen technology which was previously used by Razer Blade.

This display is perfect when users want to adjust angles and image contrast. Moreover, Samsung also brags its Intelligent Color Engine Feature which automatically alters the color of the screen.

While their Full HD( 1920 x 1080) tends to be lacking, the feature could still match other high-end laptops when it comes to photo editing.

Toms Guide reported that Samsung Galaxy Book Pro laptops have a lot of potential to defeat MacBook Pro. Apple's product could be much bigger than Samsung's, but its hardware is packed with a stronger core.

The Pro models, in addition, do not use Qualcomm Snapdragon chips anymore, as they rely on the 11th-generation Core-Series processors.

Apart from that, the longevity of the Samsung Galaxy Book Pro's battery is guaranteed to last for long due to its certification on Intel's Evo Platform.

Besides the mentioned specs, the two models have a USB 3.2 port, USB-C port, HDMI port, Thunderbolt 4 port, a MicroSD slot together with a tiny SIM port if the user wants to connect to mobile data.