When Bethesda announced their sci-fi RPG titled Starfield back in E3 2018, everyone knew one thing: it was the Skyrim-maker's first original IP in over two decades. But not a lot of people would've assumed that SpaceX founder Elon Musk was connected to the game in some way.

According to a report on GameRant, Starfield director Todd Howard visited Elon Musk's SpaceX headquarters as part of the game's research. Bethesda says that they plan to make the space-based RPG to be as realistic as possible in terms of space exploration technologies. And who better to talk to than Musk himself? Sorry, Jeff Bezos.

Frankly, the recent news involving Elon Musk's planet-hopping escapades is a treasure trove of relevant information for Bethesda. The company's latest spacecraft, the Starship SN15, just landed successfully after a recent test run. Said starship is a prototype of the one that's going to take people to Mars in the coming years.

Read also: Elon Musk: SpaceX Aims For Full Reusability Of Rocket Boosters, Have No Max Limit To Re-Fly In Missions

With Starfield, Bethesda is going a relatively different way when it comes to science fiction universes. Howard claims that while the game is set in the not-so-foreseeable future, it won't have any of the common tropes like warp drives, hyper drives, or faster than light travel.

To make the scientific portrayal in Starfield a lot more accurate, Todd Howard consulted with Elon Musk himself in an E3 2019 panel, where he picked the multi-billionaire's brain in front of a live audience, as reported on TweakTown. He praises Musk's tendency to try finding alternative ways to solve a problem, which led to several of the biggest technological leaps in recent history with regards to space exploration and automated vehicles. 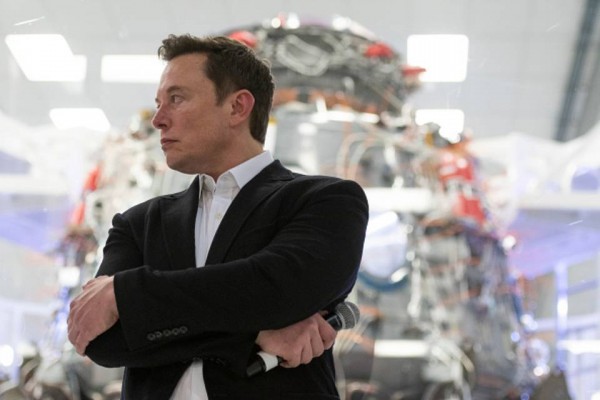 Not a lot of direct information about Starfield was shared in the panel. But it can be safe to say that Howard and the game's development team talked at length with Elon Musk about the realities of modern space travel, and how they could be applied in a science fiction setting.

Aside from space propulsion technologies, here's another thing SpaceX can help with: establishing colonies on another planets.

Elon Musk has never been shy about his desire to help put a human colony in Mars, which is evident in his plans for establishing the City of Nuwa on the Red Planet. Starfield is rumored to have cities on exoplanets, which will mean even greater adjustments in terms of interstellar travel technologies. Those ships are going to carry people to and from these cities, which means the developers can't play too loose with the laws of physics.

What's The Status Of The Game?

Right now, the game is in a playable state, according to insiders. But obviously, it's far from finished. Being a brand-new IP, the RPG is going to need a lot more time for polishing. It is rumored to be launching this year, however, and maybe there will be more information about the game come E3 2021.

Elon Musk: SpaceX Aims for 'Full Reusability' of Rocket Boosters, Have No 'Max Limit' to Re-Fly in Missions