A ransomware cyberattack forced the largest fuel pipe in the United States to shut down on Friday night. The administration of President Joe Biden, in response, declared a state of emergency on Sunday, as pipes remain out of order -- and may continue for days.

The New York Times reported that Colonial Pipeline, the operator of the system, carries at least 45% of the fuel supply on the East Coast or 2.5 million barrels a day. 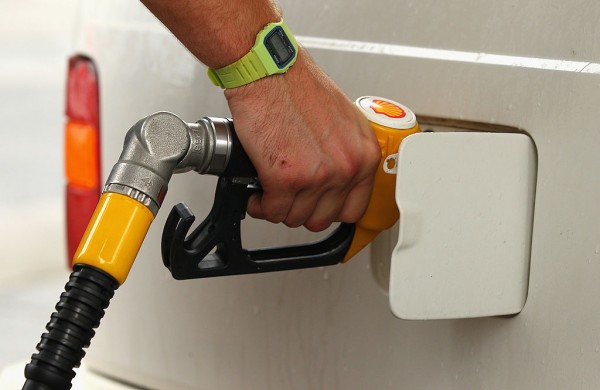 (Photo : by Cameron Spencer/Getty Images)
SYDNEY, AUSTRALIA - FEBRUARY 29: A motorist fills up petrol on February 29, 2012 in Sydney, Australia. An NRMA survey of over 1300 drivers revelaed one in ten people have paid damage bills of up to $1000 after fueling up with the wrong type of petrol due to confusing signage at the pump.

The ransomware, as reported by BBC, forced the operator to halt its 5,000 pipelines.

Colonial Pipeline forcibly shuts down its system as a precautionary move to prevent hackers from obtaining data that could control parts of the pipeline, the company said in a statement.

The state of emergency announcement provides leeway for fuel to be transported via road. It is an alternative to the thousands of pipelines deemed useless -- minimizing the impact of the cyber attack.

Colonial has not yet confirmed if it is willing to pay the ransom. Also, it is unclear when the operations of its pipelines resume. Thus, experts are predicting a sharp increase in fuel prices.

Are Fuel Prices Looming to Rise?

Prices are likely to go up as high as $3, which is the first time since 2014, Jay Hatfield, chief executive of Infrastructure Capital Management, said via New York Times.

If ever the service interruption persists until Tuesday, Atlanta, Tennessee, then New York is in "big trouble," Independent oil market analyst Gaurav Sharma told the BBC.

On the other hand, Bloomberg also notes that fuel suppliers have become nervous about the possible supply shortage.

The shutdown, even temporary, will likely have a significant impact on fuel prices in the U.S.

However, the U.S. government and Colonial are doing their best to mitigate such effects.

"These actions temporarily halted all pipeline operations and affected some of our IT systems, which we are actively in the process of restoring," Colonial said in a statement.

The pipeline operator further said that they will be restoring its services once they find it safe to do so. Furthermore, the U.S. government, on their part, eased up restrictions on traveling the fuel on land.

Ransomware is a cyberattack that holds hostage the information that the attacker will release for a ransom. And government agencies are the usual victim.

Apple is also one of the latest victims of ransomware.