Xiaomi is Now the Leading Smartphone Brand in Spain, Samsung and Apple Racing Behind

Counterpoint, a market data analyst firm, reported that Xiaomi surpassed the South Korean giant by a single percent. The China-based smartphone maker gained 35% of the market, while Samsung was able to keep 34% of it. 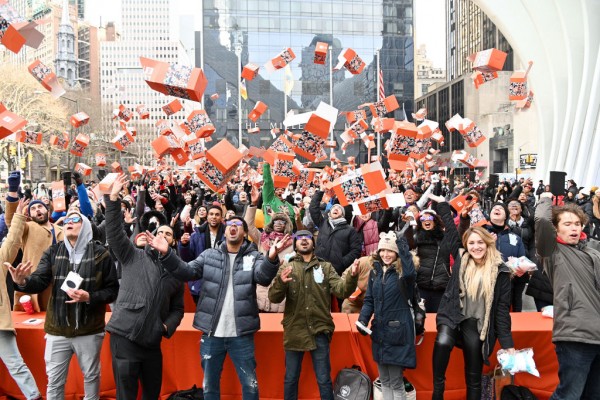 Two Asia-based phone manufacturers predominantly lead in Spain. The two companies combined were able to capture 69% of the market share.

Apple, on the other hand, lags at the third spot -- with only 14% of the market.

Other unnamed phone brands by the data firm account for 18% of the market share. A slight 4% higher than the Cupertino company.

Read Also: Xiaomi Mi 11 Pro vs. Galaxy S21 Ultra: Samsung's Telephoto Lens to be Featured? Which One is Better?

In comparison to the 2020 data of Counterpoint, Xiaomi registered an 11% increase in growth. In March 2020, the Chinese company only held 24 percent. It is now at a whopping 35%.

It turns out that Samsung and Xiaomi were able to capture the previous market share of other smartphone brands.

The two companies were able to separately decrease it from 40% last year to 18% this year.

It may be attributed to the fall of similarly China-based phone maker Huawei. The United States and the United Kingdom have been actively banning the company for supposedly spying for China.

In other news, Spain will be treated by Xiaomi's new flagship phone named the Mi 11. The Mi 11 Ultra is reaching Europe on May 11.

However, the Mi 11 Pro will reportedly be only available in China.

Interestingly, Xiaomi is a new player in Spain and its growth is breaking records.

The South Korean giant and the Cupertino company, in comparison, have been in the country for decades. Additionally, Xiaomi's growth is exponential even outside of Spain.

Xiaomi's Growth Around the World

The company was able to outpace Apple in overall Europe. It now holds 23% of the smartphone market -- and is now the second leading smartphone in the region, next to Samsung.

From a broader perspective, Gizmochina reported that Xiaomi is now the third-largest smartphone brand in the world. The company now owns 14% of the global market share. It was able to ship 49 million phone units across the world in the first quarter of 2021.

The China-based smartphone maker is widely known for its bang for the buck phones. It used to cater to the low-budget phone category, but, has since, been trying to tap the premium market for its flagship phones.